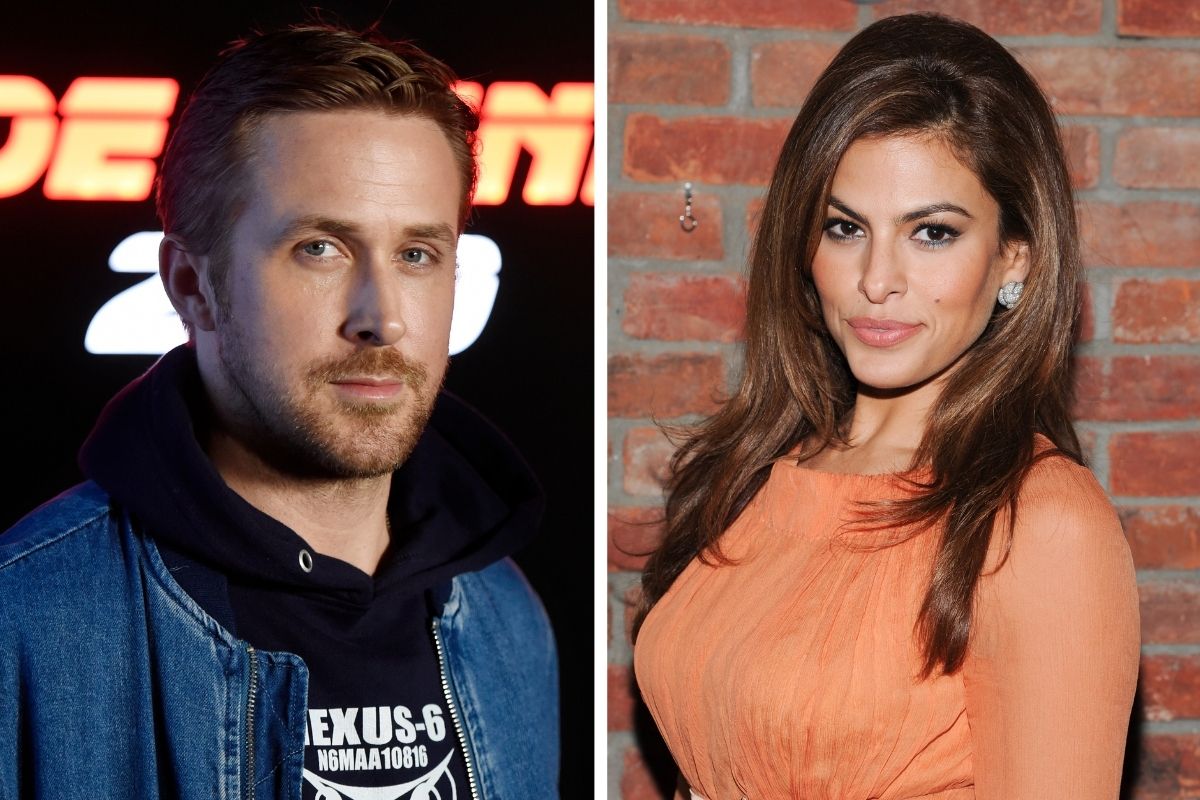 Ryan Reynolds and Blake Lively.  Ashton Kutcher and Mila Kunis. Jay-Z and Beyonce. The list of beautiful Hollywood couples could go on for pages. But Ryan Gosling and Eva Mendes definitely fall on the front page — probably near the top. Over the last 10 years, this super sexy celeb couple has managed to keep their personal life fairly private. Here’s what we do know about Ryan, Eva, and their two daughters:

Eva and Ryan first started dating while filming The Place Beyond the Pines in 2011. Among their early dates was a trip to Disneyland and a visit to Ontario, Canada for Gosling’s mother’s graduation. The pair walked the red carpet together at the premiere of The Place Beyond the Pines — to date, this has been the only time they were photographed on the red carpet together. According to Mendes, it was falling in love with Gosling that led her to motherhood. As the Hitch star explained in an interview with Women’s Health, “Ryan Gosling happened. I mean, falling in love with him. Then it made sense for me to have…not kids, but his kids.”

And sure enough, the Latina actress gave birth to their first child, Esmeralda Amada, a few years into their relationship. Gosling discussed their new life as parents in an interview with Hello! when he talked about the family’s first Christmas and confidently confirmed “I know that I’m with the person I’m supposed to be with.”

In 2016, the couple welcomed into the world their second daughter, Amada Lee. Shortly after Amada was born, the actress took a hiatus from acting to be with her two daughters full time. Her final movie before the break was Lost River, the film where Gosling made his directorial debut. “I’m just so obsessed with my kids that I don’t want to leave them,” Mendes said in an interview with E! News. “They’re just still so little.”

To acknowledge his partner’s dedication as a mother, Gosling dedicated his Golden Globe to Mendes. Gosling was awarded “Best Actor in a Musical or Comedy” for his performance in La La Land. During his acceptance speech, Gosling thanked his lady. “If she hadn’t have taken all that on so that I could have this experience, it would surely be someone else up here other than me today,” he said. “So sweetheart, thank you. To my daughters Amada and Esmeralda, I love you.”

Like much of the rest of the world, Gosling, Mendez, and their daughters have been quarantining at home to help restrict the spread of the coronavirus. Mendez recently posted a pic of herself on Instagram, captioning the image:  “Haven’t seen a beach this year. Haven’t been on a beach this year.” A fan commented on the post, saying “You need to tell Ryan to get you out more.” Mendez returned, “No thank you, I’m good. Rather be home with my man than anywhere else in the world”.