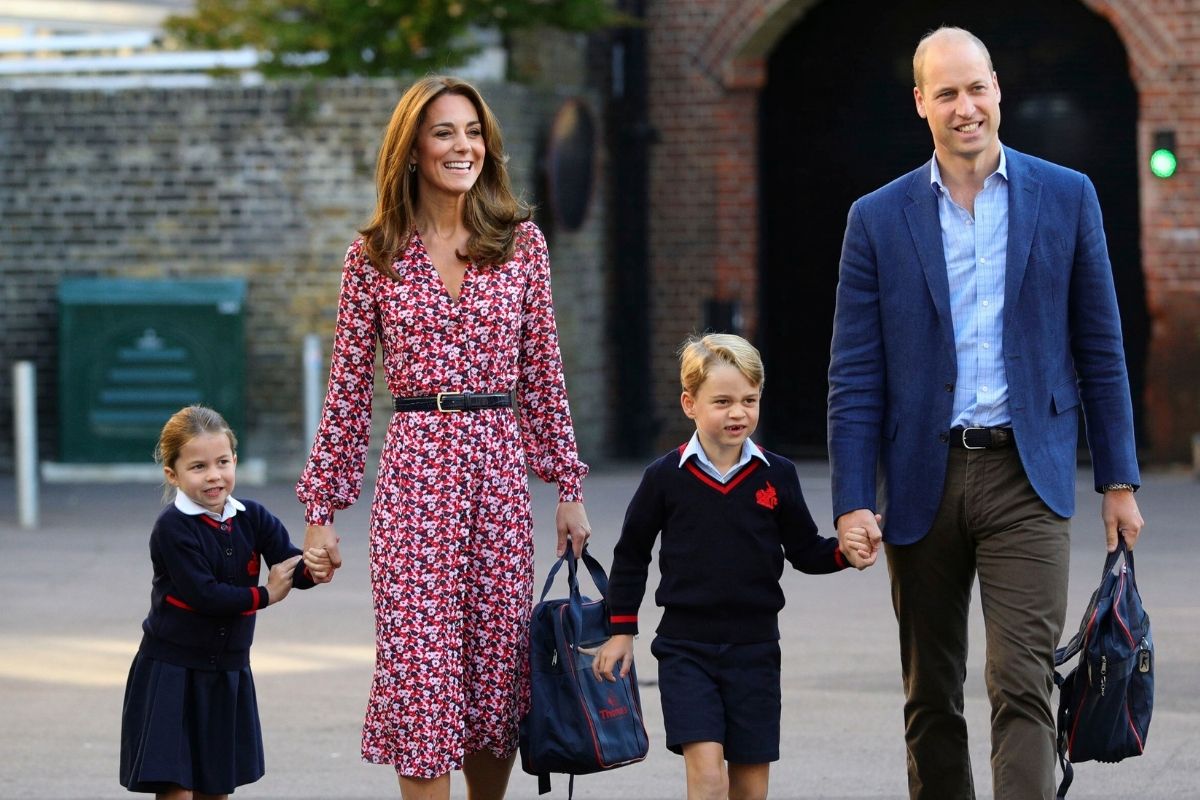 In many ways, George, Charlotte, and Louis are a lot like other children. They’re brimming with curiosity and fascinated with animals. They craft colorful handmade cards for their parents and tend to end up with paint all over themselves. But in other ways, the three siblings are quite different from their peers. For you see, Prince George, Prince William, Princess Charlotte, and Prince Louis were born into British royalty. Their parents are Prince William and Kate Middleton, Duke and Duchess of Cambridge.

Prince William and Kate Middleton when they were freshmen studying art history at st. Andrews University in Scotland. By that spring, they were both searching for an apartment to share for their second here. They officially then began dating in 2003 and lived together with two other friends until they graduated in 2005. After college, he decided to join the Royal Air Force while Kate decided to go work in London. He then graduated from Sandhurst military academy in 2006.

The couple decided to take a break in March of 2007 and Kate spend the summer training for a charity race, going up with her sister Pippa and London, and working. Years later, Prince William spoke about the split, stating, “We were both very young . . . we were both finding ourselves and being different characters. It was very much trying to find our own way and we were growing up so it was just a bit of space and it worked out for the better.” But, the love bug came through and go back together once again by June of 2007. Flash forward a few years, Prince William proposed to Kate Middleton on a trip to Kenya in 2010 with his late mother?s sapphire ring. The couple announced their engagement on November 16, 2010, in London. They said I do at Westminster Abbey on April 29th, 2011. Catherine, who is now The Duchess of Cambridge, wore a beautiful custom Alexander McQueen gown.

A post shared by Duke and Duchess of Cambridge (@kensingtonroyal)

In 2013, Kate give birth to Prince George Alexander Louis of Cambridge on July 23rd at St. Mary’s Hospital in London. Years later the Duke and Duchess of Cambridge announced the birth of Princess Charlotte Elizabeth Diana on May 2, 2015. Charlotte is said to be the fourth in line to the throne. In comes the youngest and the cutest of them all, in my opinion, Prince Louise Arthur Charles of Cambridge. He was born a few weeks before Prince Harry and Meghan Markle?s wedding, on April 23, 2018.

Their Royal Highnesses Prince William and Kate usually live in their official family residence, Kensington Palace. Due to the coronavirus pandemic, however, the Duchess and Duke plus the royal children are currently in isolation at Windsor Castle, in Windsor, United Kingdom. Similarly, his brother Prince Harry and his Meghan Markle, the Duke and Duchess of Sussex have been quarantining in Los Angeles in order to avoid the spread of COVID-19.

Under normal circumstances, the family would visit Sandringham in Norfolk, the beloved country retreat of Her Majesty, Queen Elizabeth II, that was portrayed in The Crown Season 4 during a not-so-jolly Christmas for Princess Diana and Prince Charles when their marriage was on the rocks. Prince William and Duchess Kate have a Norfolk country home called Anmer Hall on the Queen’s Sandringham estate.

However, for safety reasons, and to ensure the health of Queen Elizabeth and Philip,  the members of the Royal Family are expected to stay at their own homes this year. Prince Charles and his wife Camilla, the Duchess of Cornwall, may isolate for several weeks before Christmas so they can safely visit the Queen. It’s still up in the air, however. William and Kate are waiting to hear about government guidelines. They do, however, lament the fact that their kids won’t be able to see their granny.