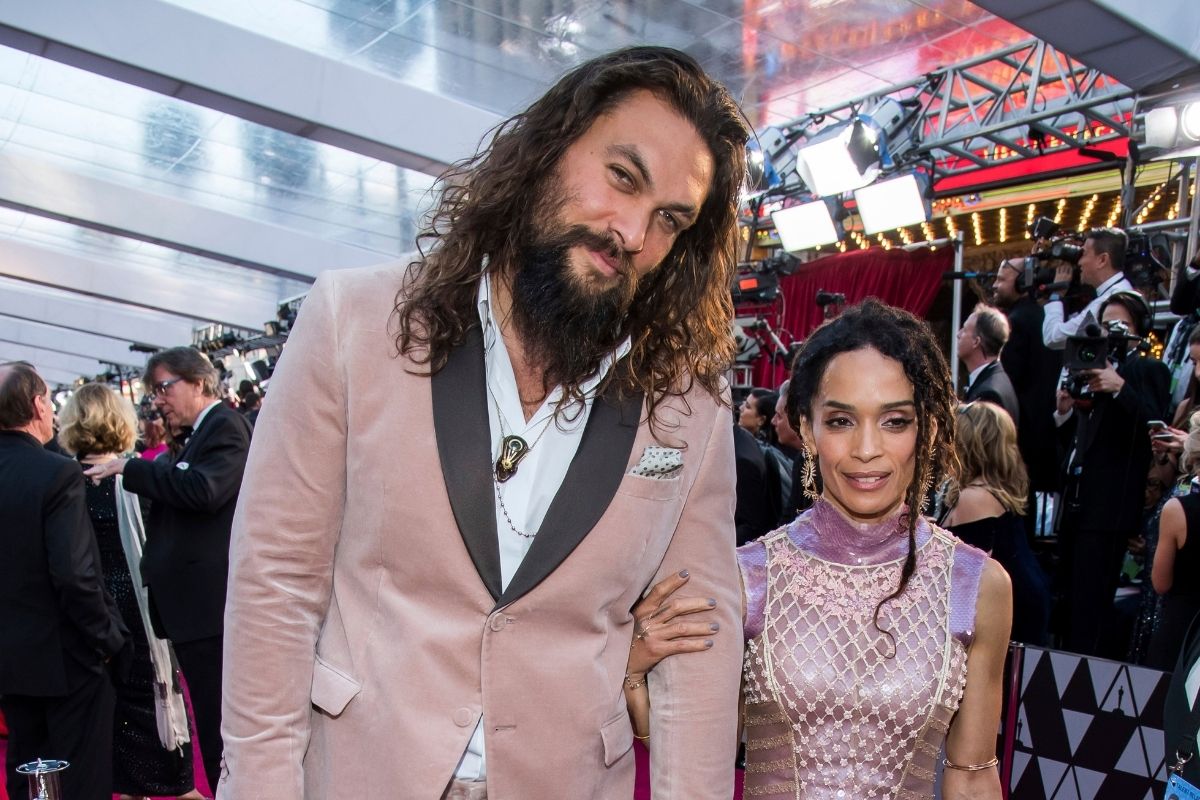 The love story of Jason Momoa and Lisa Bonet is an epic one. Long before the Aquaman star and the actress best known for her role as Denise on the TV shows The Cosby Show and A Different World met, Momoa knew Bonet was the one for him. In 2018, People magazine reported on an interview Momoa did with James Corden during which he relayed that he had been in love with his wife since he was just 8 years old and saw the then-19-year-old Bonet on television: “I was like, ‘Mommy, I want that one,’ ” he said. “I’m like, ‘I’m going to stalk you for the rest of my life and I’m going to get you.’ ”

How did Jason Momoa’s childhood crush turn into the love of his life?

“We had Guinness and Grits, and the Rest is History”

Per People, Jason Momoa and his wife Lisa Bonet met for the first time through mutual friends at a New York City jazz club in 2005. He needed a ride home, and she obliged, stopping off at Cafe 101 along the way. According to Momoa, “We had Guinness and grits, and the rest is history.” In a 2018 interview with Porter, Bonet remembered “I can’t say it was full-on from the moment we saw each other, but we have been together from the day that we met.”

Bonet was previously married to musician Lenny Kravitz; they are the parents of actress Zoë Kravitz and were married from 1987 to 1993. She and Momoa have two children together—daughter Lola Iolani was born in 2007 and son Nakoa-Wolf Manakauapo Namakaeha in 2008. In the course of their relationship, Momoa has become a huge Hollywood star. He starred on the tv show Baywatch: Hawaii before breaking through with his role as Khal Drogo on HBO’s Game of Thrones and going on to star in films such as Conan The Barbarian and Road To Paloma alongside Lisa Bonet, which he also co-wrote, produced, and directed. He is set to star in the upcoming thriller Sweet Girl as well as the adaptation of the science fiction classic Dune.

For years people thought Momoa and Bonet had married earlier in their relationship, but they officially married in October of 2017. They had hoped to keep the union private, but as Momoa told Entertainment Tonight during a press junket for Justice League, “some a**hole leaked it and I will find you.” He went on to say “You know what, I’ve been married to my wife for 12 years. It’s just a gathering of our families and celebrating our love.”

The Kravitz-Bonet-Momoa clan have formed a loving blended family unit, with stepdaughter Zoë referring to Momoa as “papabear” in an Instagram tribute wishing him “Happy birthday ya rascal!”

Jason Momoa and Lenny Kravitz are friends, even setting social media ablaze by posing together with matching skull rings in 2018.

Meanwhile, Momoa and his “queen,” as he calls her, can’t stop making iconic appearances together, from wearing matching dusty pink outfits on the 2019 Oscars red carpet, as reported by Oprah Daily, to Momoa causing “absolute internet hysteria” at the 2020 Golden Globes by giving his cold wife his jacket and hanging out bare-armed in the audience, to appearing together in a hilarious Super Bowl ad for Rocket Mortgage, to Momoa secretly restoring Bonet’s 1965 Ford Mustang and presenting it to her in a video on his YouTube channel. Bonet’s response was priceless: “That’s beautiful! Holy cow. That is gorgeous. Not too flashy, but just enough.”

Watch: Lenny Kravitz and Lisa Bonet May Have Split, But They’re Still Family