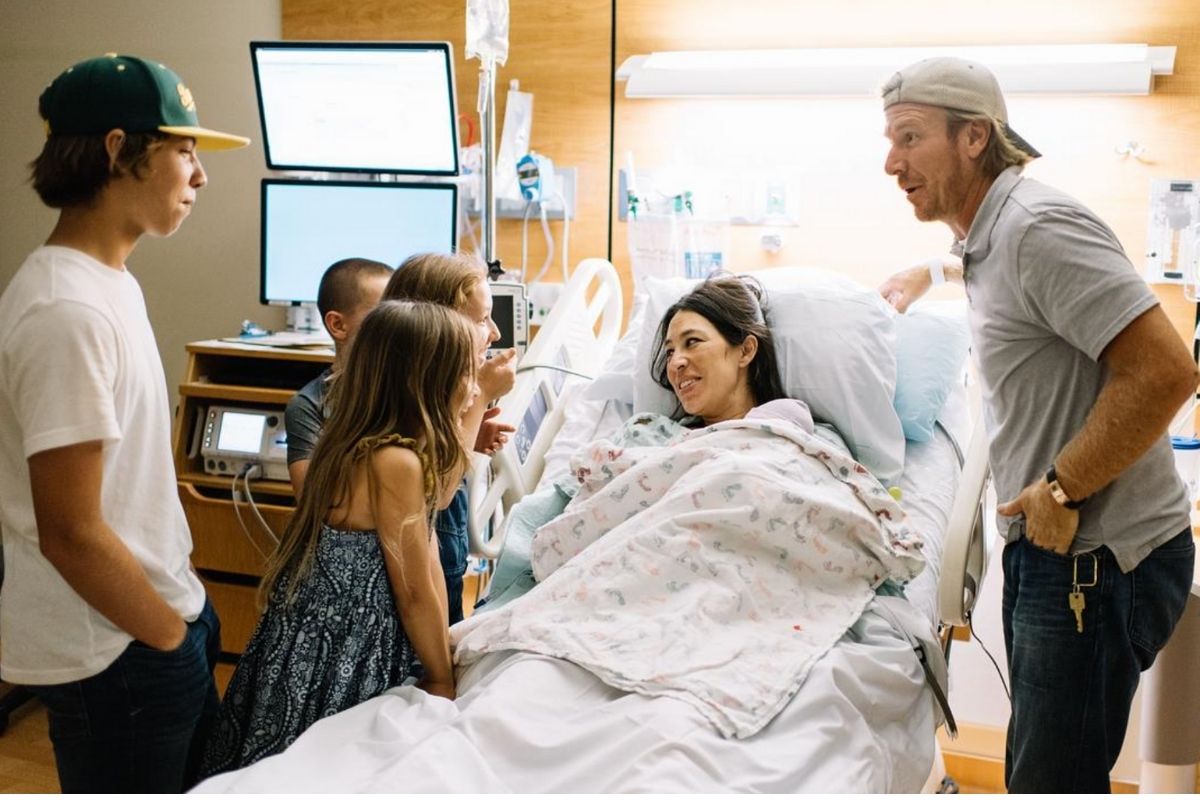 STars Chip and Joanna Gaines head up home decorating, building, and design’s favorite family in Waco, Texas. The former HGTV show hosts not only recently relaunched their own network show on Discovery+ as Fixer Upper: Welcome Home, they are about to launch their own Magnolia Network in addition to their shopping mecca in Waco, Magnolia Market at the Silos. To top it all, the Gaineses are a family of seven. The Fixer Upper stars’ children include Drake, 16, Ella Rose, 14, Duke, 12, Emmie Kay, 11, and their youngest son Crew, 2.

Per Parade magazine, Drake was born on May 4, 2004, and is named after the Drake Hotel in New York City where his parents honeymooned as newlyweds. He plays and loves football and got his learner’s permit in 2020, about which his mom Joanna got very emotional on social media in an Instagram post.

Ella Rose was born on October 23, 2006 and is a budding artist. Joanna once told People magazine: “I think she?ll follow in my footsteps and have her hand in a lot of things. Right now she wants to cook, be a lead designer and have a donut truck.?

Duke was born on May 23, 2008 and loves food and gardening. At one point he used a truck to sell vegetables and eggs from the family farm along with his sister Emmie Kay. Joanna noted “We printed labels for them, and once a week they go out and sell. They’re just like Chip: They don’t take no for an answer!”

Emmie Kay was born on February 1, 2010. In addition to showing an early flair for entrepreneurship along with her brother Duke, she is, according to Joanna, a budding (pun intended) plant lady with her own impressive collection of potted plants and flowers and is also an excellent baker who developed her own recipe for chocolate chip kisses cookies.

And then there were 5.. The Gaines crew is now 1 stronger! 10 beautiful toes and 10 beautiful fingers all accounted for, and big momma is doing great! #blessedBeyondBelief

The Gaines family announced the birth of their fifth child, a boy, on Saturday, June 23, 2018. Chip Gaines made the announcement on Twitter before news broke, writing, “And then there were 5.. The Gaines crew is now 1 stronger! 10 beautiful toes and 10 beautiful fingers all accounted for, and big momma is doing great! #blessedBeyondBelief”

Following Papa Chip’s announcement, Momma Jo posted to her Instagram and welcomed their baby boy into the world while revealing his name and honestly, y’all, it couldn’t have been more fitting!

Joanna Gaines posted a sweet shot of the siblings outside the delivery room door waiting to meet their new brother.

Crew Gaines joined the family as a sweet surprise for the couple following one particularly steamy Johnny Swim concert in the autumn. The tiny little boy wasn’t all the Gaines family has to celebrate that whirlwind year.

The successful renovation of Waco’s Magnolia Table, formerly the Elite Cafe, brought even more crowds into the Texas town and business at the Silos and Magnolia Baking Co. just keeps booming as tourists flock in to take in a bit of the rustic, mid-century modern magic that the family’s design style is known for.

One thing about Crew, is that he is an adorable toddler these days; Joanna recently posted a sweet pic of her new baby and youngest kiddo and her husband fishing together that shows just how quickly babies grow up.

Editor’s note: This article was originally published on June 24, 2018.