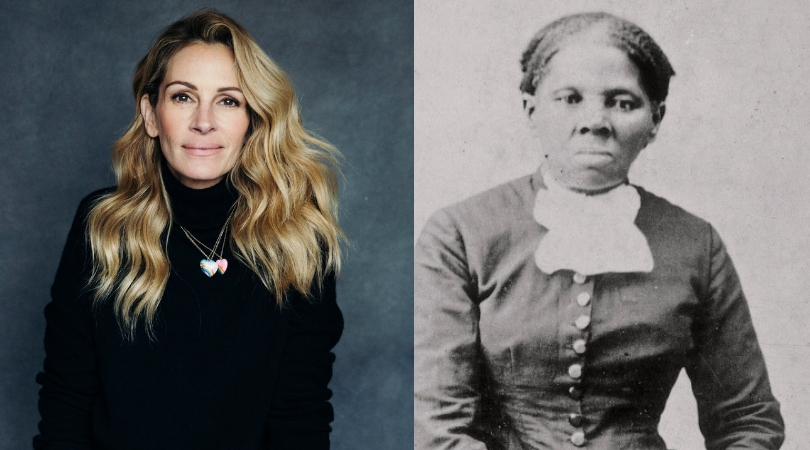 Yikes, it looks like some Hollywood executives need to reevaluate their choices. It was just announced that believe it or not, Julia Roberts was suggested to portray Harriet Tubman in a biopic about the slave-turned abolitionist. Yes, Julia Roberts. This according to Gregory Allen Howard who is the producer and screenwriter of the film.

According to Howard, who is 57, he began penning the script back in 1994 and revealed that a studio executive had the unconventional choice in mind for the role of Harriet. That didn’t pan out for an obvious reason, and the role of the historical film Harriet was given to British actress Cynthia Erivo.

difficult to describe the noise that just came out of my mouth https://t.co/RFGREZE9zv

Through an interview with Focus Features, he stated that Harriet, which was set up at Disney 26 years ago, was his first assignment. He then made a point to note that Hollywood was very different back in the day than it is now. Which is why the movie studio executive believed it was a great idea to get the Pretty Woman actress play Harriet Tubman.

?Picture 1994: ?This is a great script. Let?s get Julia Roberts to play Harriet Tubman. ?Fortunately, there was a single black person in that studio meeting 25 years ago who told him that Harriet Tubman was a black woman. The president replied, ?That was so long ago. No one will know that.?

He obviously didn?t name the executive or the studio, because well, this person would receive a heavy amount of criticism in an instant. Roberts obviously didn?t star in the movie and the topic never came up again. Still, I’m pretty sure we can agree how wrong and well, stupid this is.

Harriet opened in United States movie theaters on November 1st. It is the first major movie following Tubman’s life, who was born into slavery in the 1899?s in Maryland. She escaped slavery as a young adult by running nearly 100 miles through fields and forests. She then risked her life several times to return back to Maryland and lead dozens of slaves to freedom via the Underground Railroad.

Howard had ultimately given up on film but said the climate in Hollywood changed after the 2013 Oscar-Winning movie ?12 Years a Slave? came to light, as well as the #OscarSoWhite controversy in 2016 caused a commotion when all 20 acting nominees were white. He also noted that it was no accident that the movie went into production just nine months after the release of Black Panther.

The action-adventure movie was Marvel Comics’ first movie to feature a predominantly black cast and became the second highest-grossing film in 2018. It took in $1.3 billion at the global box office and won three Oscars. A sequel is said to be released in 2022.