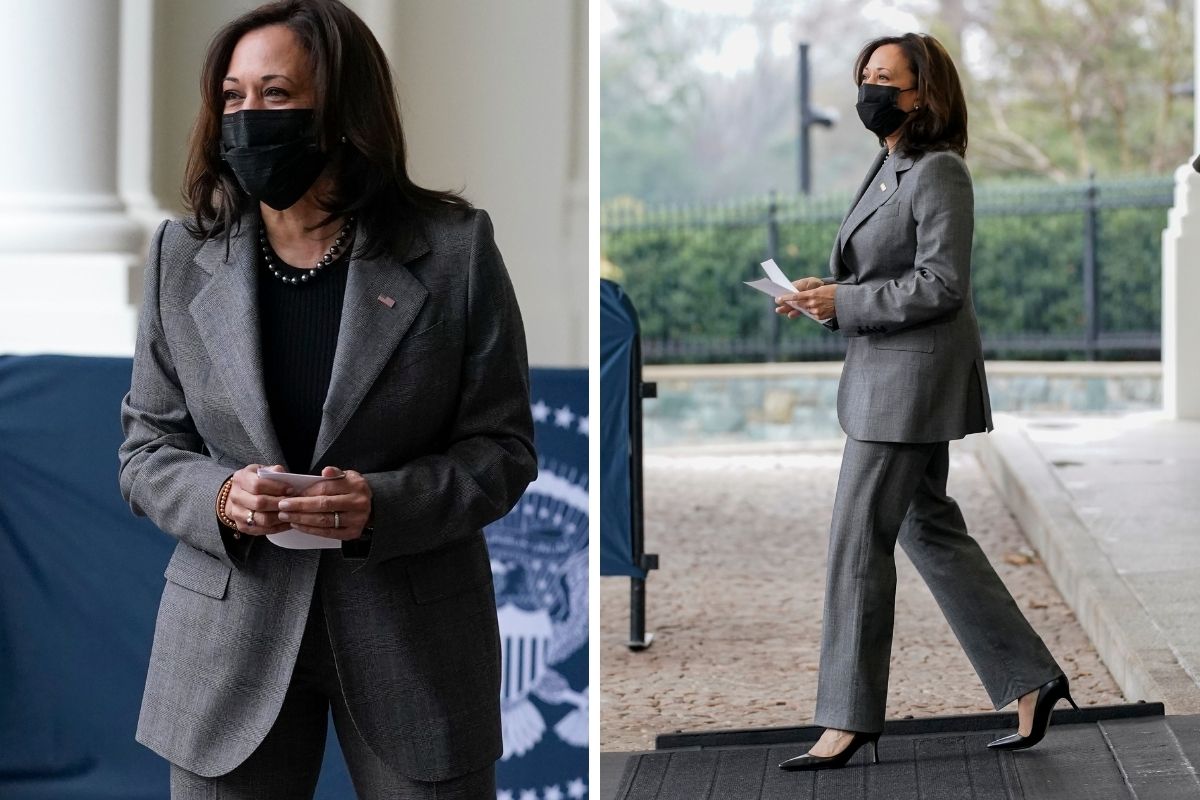 Talk around fashion in politics may seem unimportantly petty until it stems from how symbolically representative fashion can be. Take First Lady Jill Biden’s outfit during the Inauguration concert, for example. Her dress represented unity with floral embellishments that represented every state territory, holding the Delaware flower close to her heart. And now, Vice President Kamala Harris is under criticism, being the first South Asian, Black, and female vice president, for wearing Dolce & Gabbana, a luxury brand that has garnered attention in the past for its racially offensive advertising.

Vice President Harris’ fashion has been under close speculation by the public eye ever since her swearing-in ceremony on Inauguration Day with President Joe Biden in Washington, D.C.. During the inauguration events, she was initially praised for wearing clothes by three Black designers Pyer Moss, Christopher John Rogers, and Sergio Hudson, and now her fashion choices are constantly trending.

This time, however, critics called attention to what she wore during the swearing-in ceremony of the treasury secretary Janet Yellen and while President Biden signed executive orders in the White House. She wore a wool jumper under a grey checked blazer in a trouser suit combo, and this fashion choice was enough to get some attention on social media.

According to the Guardian, Vittoria Vignone, who ran a now taken down Instagram page called “Kamala’s Closet,” a profile that charted VP’s Harris’ outfit choices, said, “Was it an oversight on the part of her team? It’s possible but also incredibly sloppy. They could and should be better, especially after the triumphs of last week. The timing of this so soon after her inaugural choices championed lesser-known American designers of colour is awful no matter how you look at it.”

She told the Guardian, “I don?t think it?s a good idea for Kamala to wear so many new expensive items during her first week in office. I also don?t think she should be wearing non-American designers, especially when there are so many American brands to choose from ? she and her team should care about the impact her choices have. For example, she could lift up a smaller or more affordable business instantly.?

The Italian fashion house, started by Stefano Gabbana and Domenico Dolce, who has yet to comment, has also been called out for their close relationship with former First Lady Melania Trump, having dressed her in the past to meet the pope and attend a G7 summit. However, designers Tom Ford and Marc Jacobs refused to dress her.

It’s interesting to see how fashion choices can be as seemingly important to discuss among real-world topics such as the coronavirus pandemic and Amazon’s recent internal movements. But again, don’t underestimate the power of making statements by what’s worn, as clearly, it can convey strong messages to the general public.