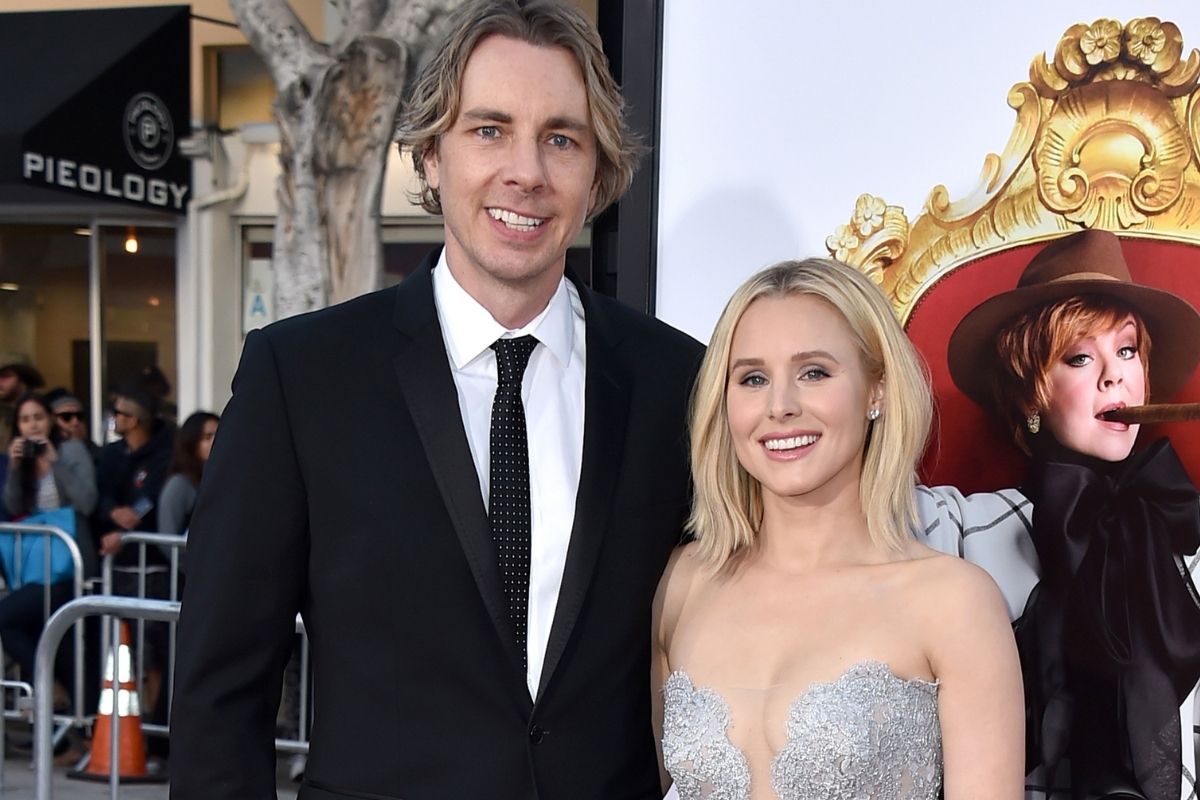 If I were asked what people are obsessed with, I would almost immediately say Kristen Bell and her husband, Dax Shepard, because I know it to be gospel. For any and all fans out there who need some facts with your #couplegoals Pinterest pics, here ya go. Kristen Bell and Dax Sheperd met in 2007 for the first time at a private dinner party. While they are now married with two daughters (Lincoln, 7 and Delta, 5), Bell felt not a spark when they first met. Admittedly, they had both just gotten out of long-term and not-so-great relationships. So, maybe that’s for the best. You know what they say about rebounds.

From No Sparks to Lovebirds

After their initial meeting, The Good Place star and Sheperd ran into each other shortly after a Detroit Red Wings hockey game. Where he, similarly, was skeptical of her. She and her friends were essential “too happy,” so he thought. But, after flirting through that game, the two found an appreciation for each other, and from there, one of Hollywood’s favorite couples was born.

They broke up, however, after having dated for three months. In their own words, the relationship was ‘clearly toxic’. Bell, The Frozen star, loved the drama of a good flighty end to a fight. She did it often until he told her that he respected himself a little more than to deal with that all the time. So, from there, things chilled out. They pride themselves on doing the sort of emotional work that breeds honest, vulnerable dialog and interactions. They are advocates for therapy and have worked together. She was the first guest on his podcast’s inaugural episode, The Armchair Expert, with his co-host Monica Padman. And he appeared on her show, The Good Place. Recently she was on Hulu’s Veronica Mars, House of Lies, and is slated to star in the upcoming Netflix’s Dead To Me-esq-show, The Woman In The House.

The couple has recently been, like the rest of us, battling a little thing we like to call the 2020 coronavirus pandemic, i.e., COVID-19. However, they ended up having bigger fish to fry in what was already a stressful situation because of husband Shephard’s recent relapse. After 16 years of sobriety, he had a relapse in September. They have both taken to social media to discuss the backward and forwards of this event. Kristen said on The Ellen Degeneres Show’s zoom interview that: “He is actually doing really great. … Everybody is up against their own demons…Sometimes it’s anxiety and depression. Sometimes it’s substance abuse.”

She says that her husband came to her about his relapse and immediately said, “The thing I love most about Dax is … that he was able to tell me and tell us and say, ‘We need a different plan.’ We have a plan: if he has to take medication for any reason, I have to administer it. But he was like, ‘We need a stronger plan,'” the Good Place actress told Ellen.

Kristen Bell Opens Up About Dax Shepard’s Relapse on ‘Ellen’

On his Armchair Expert podcast, Shephard himself spoke out about the incident to his co-host Padman, “I’m so sorry that I lied to you and so many people…It’s really regretful and shameful and really bums me out that I’m that person sometimes… I have to do some emotional work to figure out why I wanted to use it again.;”

The catalyst for the relapse was likely a series of motorcycle accidents, in what is not an enormous secret, as the couple has been pretty open about Sheppard’s sober state. Dax Sheppard was over a decade sober, recovering from having an alcohol addiction and abusing Vicodin, cocaine, and other painkillers. A motorcycle accident may have been the most recent cause of relapse. But, with his wife, family, and supporters at his side, truly, he will be back on his path in no time.