Leonardo Dicaprio Walked Kate Winslet Down the Aisle at Her Wedding 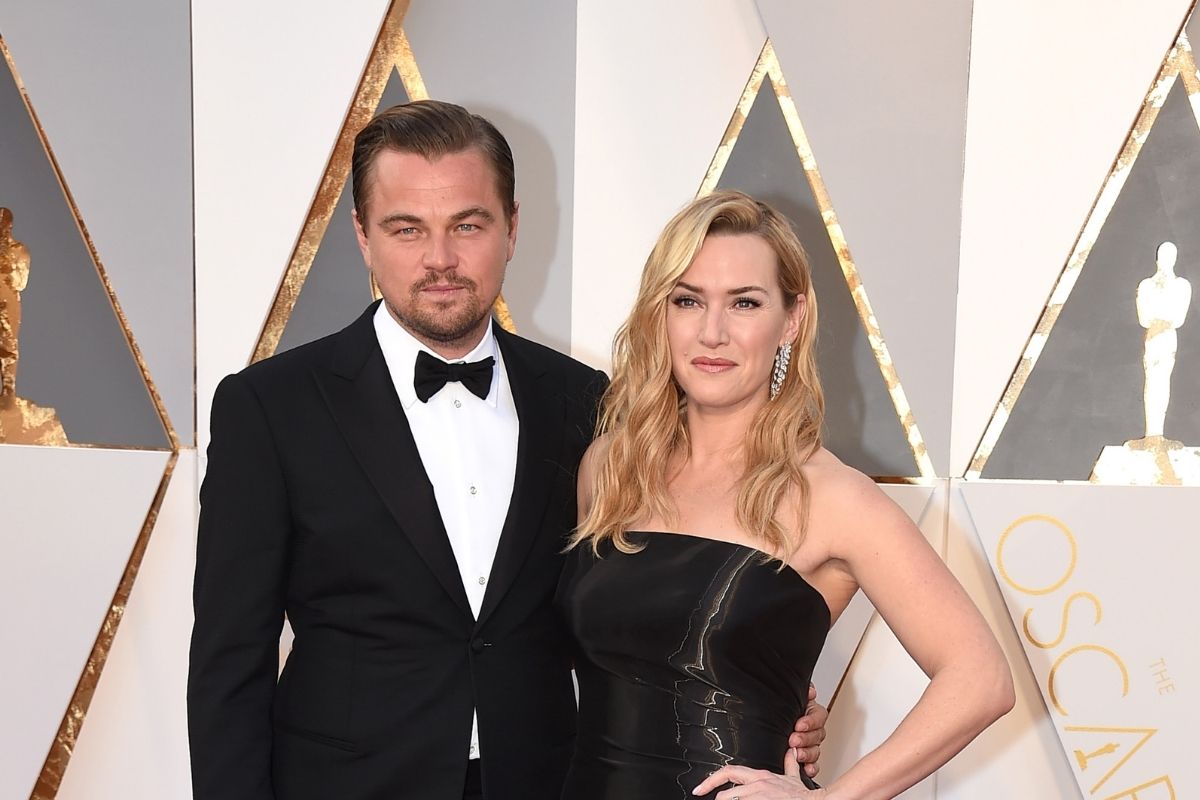 Leonardo DiCaprio and Kate Winslet may never have had a fairytale romance, but they do have a fairytale friendship. Spanning decades, their one-of-a-kind Hollywood friendship began way back in 1996 when they co-starred in the box-office sensation Titanic. Read on to learn more about the real-life fairytale friendship between The Eternal Sunshine of the Spotless Mind star and The Great Gatsby actor.

Kate Winslet Met Leonardo DiCaprio on the set of ‘Titanic’.

Their fairytale friendship starts on the set of James Cameron’s unforgettable blockbuster Titanic, where a 21-year-old Kate met the 22-year-old Leo for the first time. Although the two actors were not friends yet, Kate admitted that she had hoped Leo would be cast as the Jack Dawson to her Rose Bukater. “My god, did I want to Leo to play that part,” she confessed in an interview.

But she did worry that her co-star’s good looks might be distracting. “I did think to myself beforehand, it’s going to be hard, because you know, what if I really fancy him?” she remembered. “And I so thought I was going to, because he is absolutely gorgeous.” And indeed, Kate did feel an instant connection to Leo — but not a romantic one. Instead of lovers, the two became best friends.

Over the course of the seven-month shooting, Leo, already a star, helped Kate, a relative newcomer, fight her insecurities. Kate, for her part, kept Leo laughing.  “We laugh at the same things,” Leo has said. “She never lets me take myself seriously, even if I wanted to. We have a special magic.”

So How Come the Two Oscar-Winning Stars Never Got Together?

Despite never being anything but pals, there were plenty of rumors swirling around that said otherwise. However, Kate addressed the rumors in an interview with Rolling Stone, recalling how the two of them often liked to laugh over tabloid stories about their alleged romance. According to The Reader star, a romance would seem super weird, since Leo felt like a brother to her. “Just the notion of that was insane it would have been absolutely like incest,” she said.

And perhaps it’s the platonic nature of their friendship that makes it so enduring. “I think the reason that friendship works is because there was never any romantic thing,” Kate said in an interview with Marie Claire UK. It’s so disappointing for people to hear that, because in the soap opera of the Kate and Leo story we fell in love at first sight and had a million snogs, but actually, we never did. He always saw me as one of the boys.”

The two pals were reunited on screen two years later in Revolutionary Road. The movie, which depicted a troubled couple in the ’50s, was directed by Kate’s then-husband Sam Mendes. Kate starred as April Wheeler, while Leo played her husband. “It felt really natural,” Leo said of co-starring alongside Kate again, adding, “She’s my homie.”

The movie earned the two friends Golden Globe nominations for Best Actor and Best Actress, which Kate won. During her acceptance speech, she thanked her fellow nominee, saying between tears, “Leo, I’m so happy I can stand here and tell you how much I love you, and how much I’ve loved you for 13 years.” From the audience, Leo blew a kiss to his co-star.

Leo Walked Kate Down the Aisle

As her “closest friend” (but not her groom), Leo walked Kate down the aisle during her secret wedding to Ned Rocknroll. To this day, the dynamic duo remains close. According to Kate, the friends still quote Titanic lines to each other. “We found ourselves saying to each other, ‘Can you imagine if the world really knew the stupid things we say?,” she said in an interview with Glamour. “I’m not going to tell you what we actually talk about, but yeah, we’re very, very close and sometimes we do quote the odd Titanic line back and forth to each other, because only we can, and we find it really funny.”

As for The Revenant star, Leo still remembers their Titanic smooch fondly. During an interview with Oprah, the actor was asked by a fan about who his favorite on-screen kiss was with. “There’s gonna be some mad actresses, huh?” he said, laughing. “I’m gonna go with Kate Winslet. Good old, classic…”

Watch: Kate Winslet Love Life is Nothing Like ‘The Titanic’