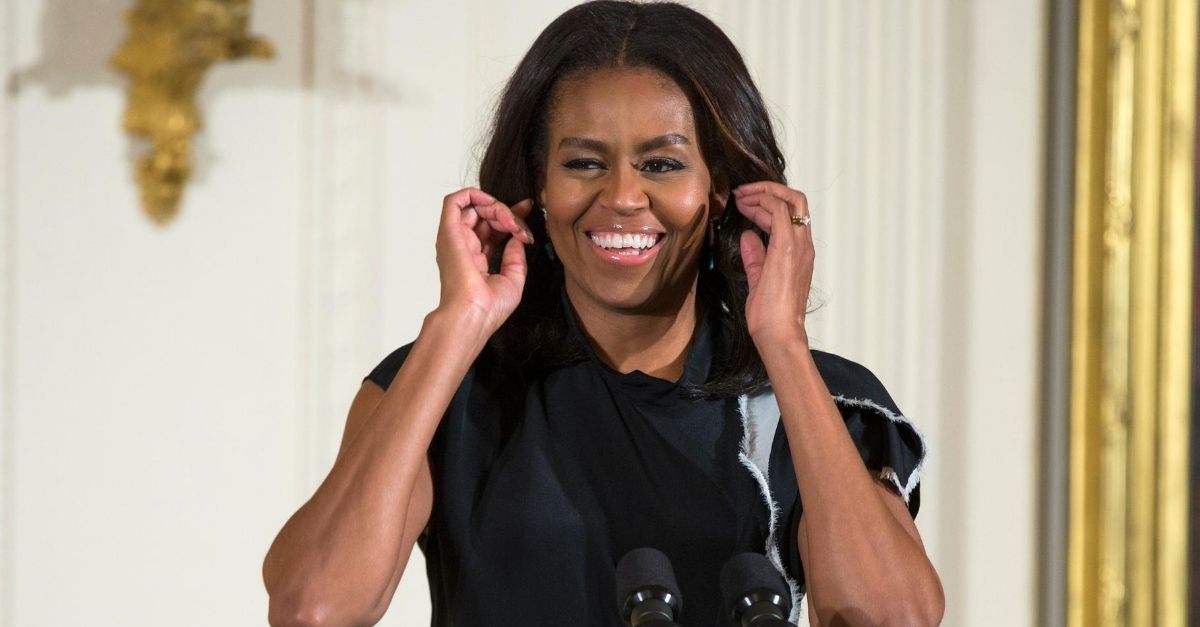 Former first lady Michelle Obama revealed in the second episode of her podcast, The Michelle Obama Podcast, that she is “dealing with some form of low-grade depression.” According to Obama, her depression is not only due to the quarantine but because of “the racial strife, and just seeing this administration, watching the hypocrisy of it, day in and day out, is dispiriting.”

The former first lady discussed mental health amid the COVID-19 pandemic and ongoing protests over racial injustice after the death of George Floyd. Featured in the episode was journalist Michele Norris, a former anchor of NPR’s All Things Considered. Obama blames, in part, the Trump administration’s response to current events going on nationwide for her depression. She stated,

“I don’t think I’m unusual in that. But I’d be remiss to say that part of this depression is also a result of what we’re seeing in terms of the protests, the continued racial unrest, that has plagued this country since its birth. I have to say that waking up to the news, waking up to how this administration has or has not responded, waking up to yet another story of a Black man or a Black person somehow being dehumanized, or hurt or killed, or falsely accused of something, it is exhausting. And it has led to a weight that I haven’t felt in my life, in a while.”

Obama stated she deals with her depression by keeping a packed routine, something she learned to do during her years in the White House. But, she noted she struggled at times with her exercise and sleep schedule. The former first lady reportedly wakes up in the middle of the night worrying about something or feeling “a heaviness.” She noted, “You know, I’ve gone through those emotional highs and lows that I think everybody feels, where you just don’t feel yourself, and sometimes there’s been a week or so where I had to surrender to that, and not be so hard on myself. And say, ‘You know what? You’re just not feeling that treadmill right now.'”

She went on to say that managing one’s emotional lows and highs require one to know themselves and doing things that bring you joy. For her, her spirit is lifted when she is feeling healthy, and when she is surrounded by good people. She also noted the Obamas have all been gathered as a family and usually do puzzles most nights during the Coronavirus pandemic quarantine. Obama’s first episode of her new podcast, which you can listen to on Spotify, was a conversation about community with former President Barack Obama.