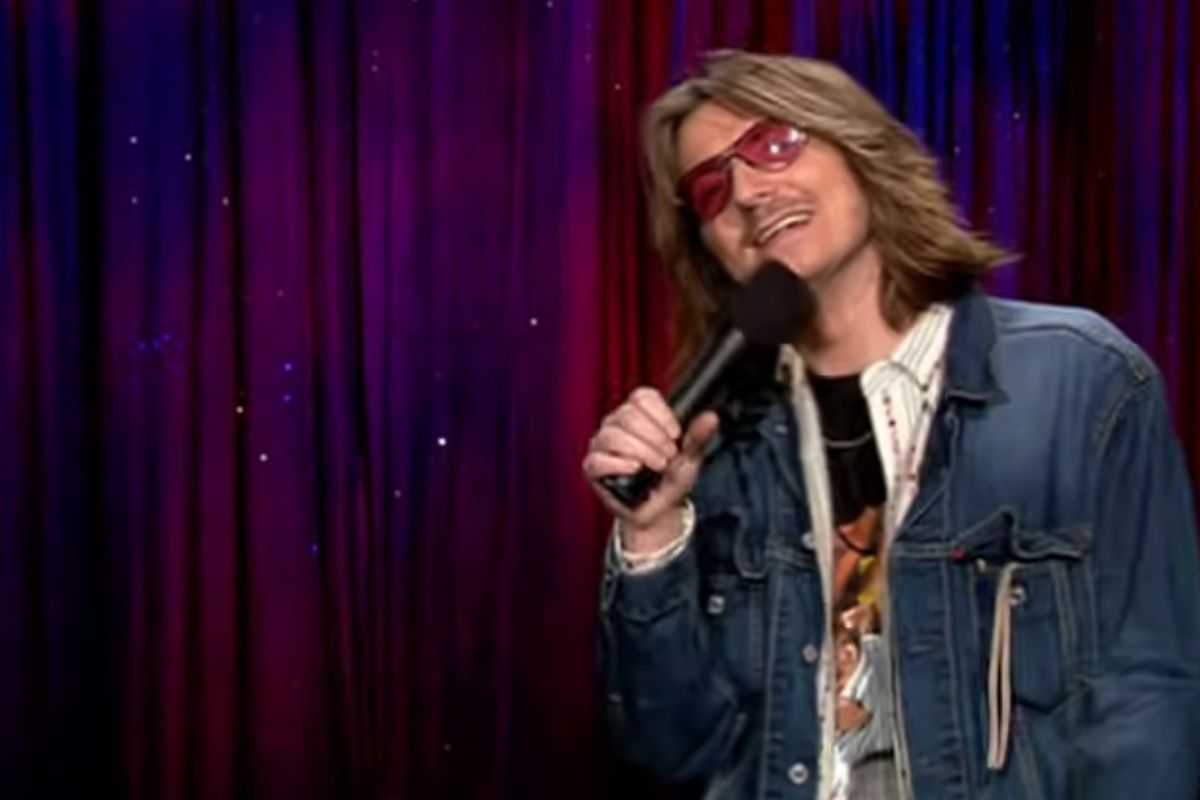 Comedian Mitch Hedberg was a gifted, one-of-a-kind stand-up comic who very suddenly died in 2005. He was just 37 years old and was seemingly nowhere near the peak of his wildly creative and prolific career. His death was a loss to the entire comedy community and is still deeply felt to this day.

The Shy, Self-Styled Outsider Who Made People Laugh

Born in Saint Paul, Minnesota on February 24, 1968, per the IMDB, Hedberg attended Harding High School in St. Paul and ?admitted to having no interest in school and just barely graduated.? He moved to Florida to start his stand-up career, followed by a move to Seattle. Hedberg suffered from stage fright and anxiety and would often perform with his eyes closed or while staring at the floor and wearing sunglasses. These quirks fit in well with what The New York Times called his image as a ?shy, self-styled outsider? who ?carved a career out of casual observations delivered in a mumbling drawl.? His reliance on non-sequiturs and surreal punchlines, often delivered in a deadpan, dry manner, made him a beloved cult figure in the comedy scene.

In 1996, a triumphant performance at the Just For Laughs comedy festival in Montreal, Canada led to his big break with the first of many appearances on The Late Show With David Letterman and other late-night talk shows as well as guest spots on Howard Stern?s radio show. Time magazine called him ?the next Seinfeld,? comparing Hedberg’s use of observational humor to that of Jerry Seinfeld. Of course, Jerry Seinfeld never came up with one-liners like “My friend asked me if I wanted a frozen banana, I said, ‘No, but I may want a regular banana later… so, yeah.” or “I like an escalator, man, because an escalator can never break. It can only become stairs.”

Hedberg also appeared on MTV?s Comikaze and the sitcom That 70?s Show and wrote, directed, produced, and starred in the 1999 independent film Los Enchiladas! The cast included fellow comedians Dave Attell and Marc Maron. He had cameo roles in the movies Almost Famous, in which he played the band the Eagles? road manager and Lords of Dogtown. He recorded several comedy CDs for Comedy Central Records, including Strategic Grill Locations, Mitch All Together, and Do You Believe In Gosh?

Mitch Hedberg made no secret of his drug use, often working drug references, experiences, and observations into his comedy material. One of his most often quoted one-liners is “I used to do drugs. I still do, but I used to, too.” In a 2001 interview with Penthouse, when asked how he wanted to die, he spookily answered ?First I?d like to become famous then overdose,? as reported by Culture Crossfire. He was arrested for heroin possession in 2003 in Austin, Texas, and appeared on The Howard Stern Show on March 17, 2005, saying “Well, you know, I got the drugs under control now.” Two weeks later, he was found dead in a hotel room in Livingston, New Jersey by his wife, comedian Lynn Shawcroft.

Hedberg had a heart defect and the original cause of death was thought to be heart failure, but the New Jersey medical examiner’s office later determined that ?multiple drug toxicity,? specifically cocaine and heroin, was responsible. In 2018, Lynn Shawcroft wrote an article for The Hollywood Reporter in which she wrote about Hedberg: “He searched for an original voice of his own. In this way, Mitch was able to take an audience to a place where our world is looked at in a different, more magical way.” She also noted that she had a massive archive of Hedberg’s writings, as he was incredibly prolific and constantly taking notes and working on new material. She has undertaken the task of digitizing his papers and is considering how best to honor her husband’s “incredible comedy legacy,” writing “that means at some point soon, all of you will be hearing and seeing Mitch again.”

Watch: Robin Williams and Robert De Niro Reportedly Snorted Cocaine With John Belushi On The Night Of His Death