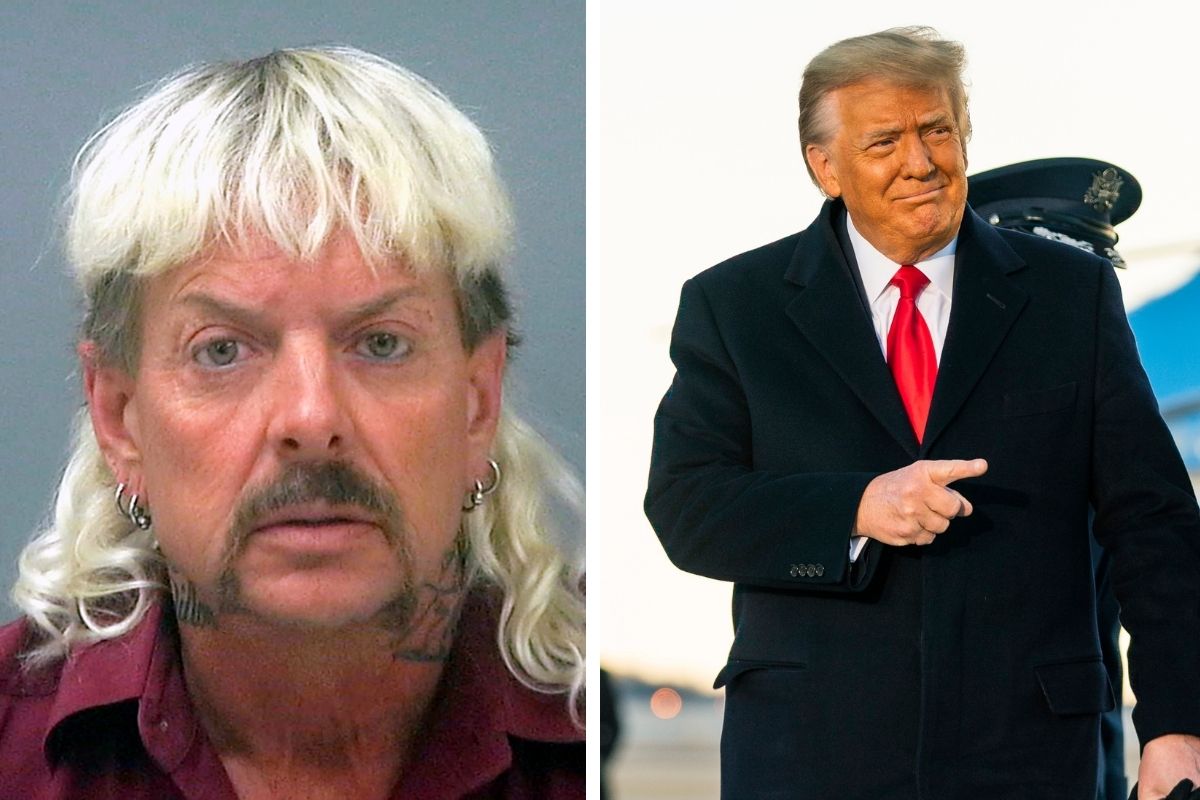 Someone’s a little salty that he didn’t get one of the many pardons that former President Donald Trump granted, especially after expecting that Trump would. Joe Exotic, the Tiger King himself, has decided that the reason why he was not granted clemency was because he was “too innocent and too GAY to deserve a Pardon from Trump,” per his Twitter account.

I was too innocent and too GAY to deserve a Pardon from Trump. I only mattered to Don Jr. when he needed to make a comment about me to boost his social media post. Boy were we all stupid to believe he actually stood for Equal Justice? His corrupt friends all come first. pic.twitter.com/ysGfwnqlHi

The former zookeeper, Joseph Maldonado-Passage, was incarcerated for a failed murder-for-hire plot against his rival, Big Cat Rescue activist, Carole Baskin, and is now serving a 22-year sentence. The entire situation got its own Netflix docuseries, and as Trump was leaving the White House to make room, for now, President Joe Biden and Vice President Kamala Harris, the Tiger King star felt the need to reach out for a presidential pardon.

Exotic and his legal team believes that their advocating for a Trump pardon got more attention because Trump’s son, Donald J. Trump Jr., had hilariously posted about the pardoning in a meme social media post on Instagram that combined Exotic and Trump Sr.’s facial profiles into one.

Team Tiger’s legal team really thought that Trump was going to grant the pardon as Trump pardoned 73 people and commuted the prison sentences of 70 others, including rappers Lil Wayne and Kodak Black. However, they were quickly disappointed as Trump’s term officially ended, but highlighted their loyalty to the Tiger King, explaining that they, “will never leave Joe’s side and will continue to work until his freedom is gained.”

Carole Baskin had a few words to say, and told TMZ, “Just further evidence that he has no remorse for all the harm he’s caused to exotic cats and the people in his life.”

Looks like Team Tiger’s going to have to start reworking a new appeal to President Biden.