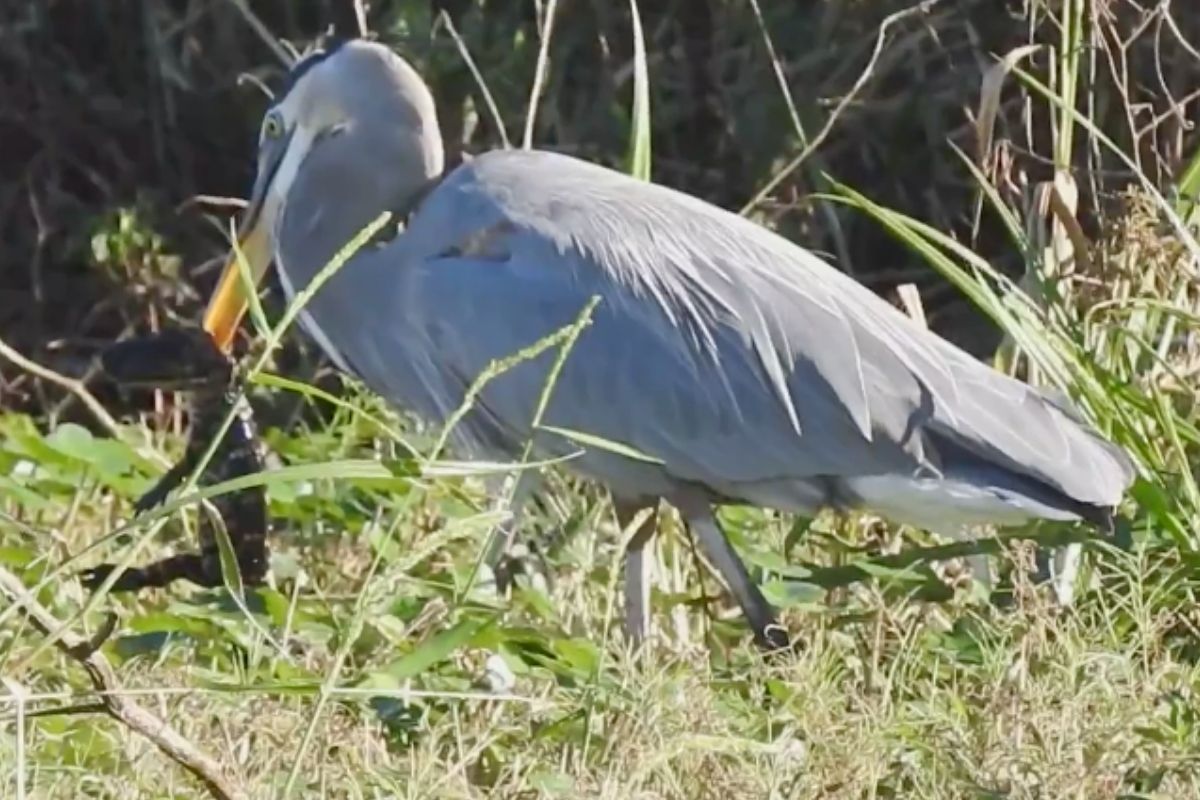 Nature can be truly terrifying, and it’s always in the most unconventional ways too. Creatures and beings have a very interesting and intricate way of going through the circle of life. And sometimes, you really have to wonder who the true predators are in moments like these.

Florida wildlife photographer Shellie Gilliam was in the Lake Apopka area like she normally is while working at the Florida Wildlife & Exotic Animal Sanctuary and Rehabilitation Center, when she witnessed something she had never seen before: a great blue heron swallowing a baby alligator whole. “I first thought it was a large fish or a greater siren, but upon closer review through my camera, discovered it was a large juvenile alligator,” she said.

According to WFLA, Gilliam described how the bird flew off to the spot seen in the video and pictures, gator in mouth and all. She then witnessed the bird inhale the baby gator. She said, “I had to walk a few hundred yards back to where he landed, whew. Once in a lifetime experience.”

The great blue heron is the largest heron in North America and normally eats fish. But it can also eat frogs, salamanders, turtles, snakes, insects, rodents, birds, and now apparently, alligators. According to the Audubon Society, they’ve been spotted stalking voles and gophers in fields as well.

Now could a great blue heron take on an adult-sized alligator? Probably not, but this bird is clearly not afraid of the baby ones, which could also be potentially scary with their sharp teeth. This heron swallowed the baby alligator whole, basically inhaling without really chewing, and that’s enough to be intimidating for a bird. Think about hawks and eagles too; birds are clearly widely underestimated in nature and should probably be feared a little more than just cute creatures with the ability to fly.