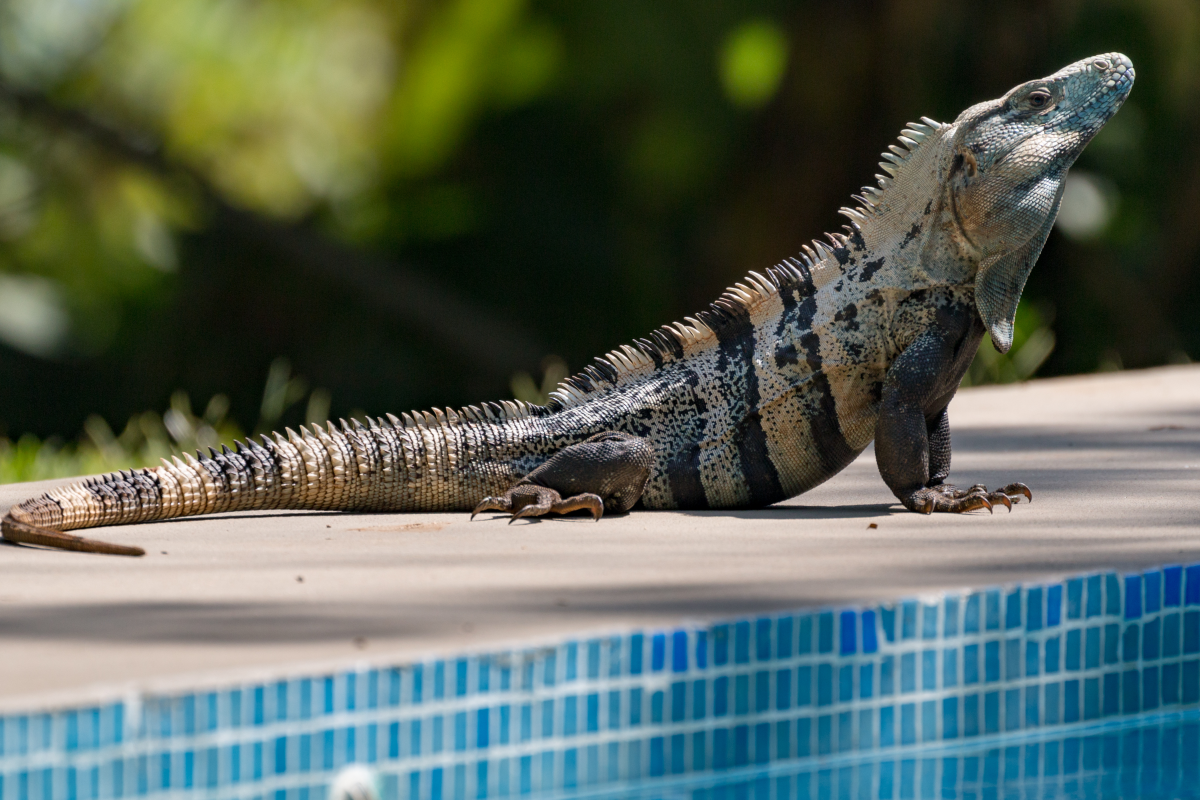 Lock and load Floridians. Grab your shotguns, handguns, rifles, chainsaws, katanas you bought at the pawn shop when you were kind of drunk, crossbows, switchblades, toothbrush shivs, baseball bats wrapped in barbed wire, homemade shark tooth spears, Super Soakers poorly converted into flamethrowers, brass knuckles, heavy-duty gardening gloves with shards of broken glass glued to them, flip flops with a retractable blade in the sole, DIY claymore mines made from milk jugs and marbles, old syringes, poorly socialized Pitbulls, random jugs of acid you have laying around, nooses you used for inadvisable Halloween costumes, and stolen riding mowers. Use your bare hands if you have to. There’s yet another invasive species in your backyards, quite literally, and the state’s Fish & Wildlife Conservation Commission needs YOU to kill them.

According to the Fish & Wildlife Conservation Commission website, it is straight up open season on iguanas.

If you live in Florida and see an iguana on your property, shoot on sight. Or stab. Or hell, even run them over with your ATV. There are never any rules in Florida but there really don’t appear to be any rules here. They want every one of these green bastards dead.

And there’s a good reason. Though iguanas aren’t murdering every native living thing like Florida’s more infamous invasive species, the python, they’re still disrupting the environment. They threaten endangered tree snails and eat the plants that support the endangered Miami Blue butterfly. Iguanas also dig burrows that undermine and destroy sidewalks, roads, and seawalls, and can transmit Salmonella to humans by pooping on things we touch and where we swim.

You’ve got your orders, Florida. Waste these fools.