Manatee Found With “Trump” Carved Into Its Back, Feds Need Help Investigating 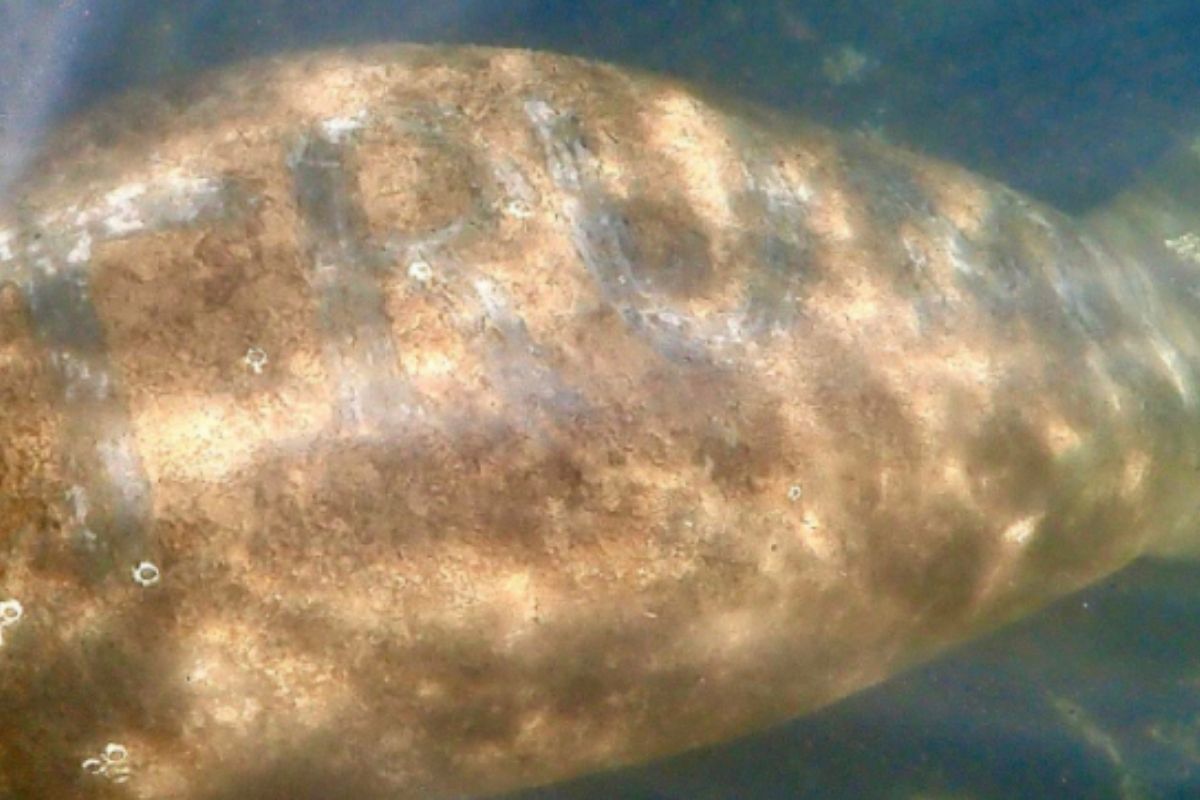 Nature never seemingly escapes the consequences of human touch, as federal wildlife officials in Florida are on the hunt. According to the Citrus County Chronicle, a video shows a poor manatee on Sunday in the Blue Hole spring, among the headwaters of the Homosassa River, swimming with the word “Trump” carved into its back. How could anyone do such a thing?

Although federal authorities with the U.S. Fish and Wildlife Service have not immediately commented on the ongoing investigation, the Miami Herald says that the agency is to provide more information. Manatees are protected by the Endangered Species Act, and harassment of a manatee is a federal criminal offense that can result in fines up to $50,000 and/or at least a year in prison. Pictures and videos of the sea cow have been gaining more popularity on social media in hopes of finding justice for the marine mammal.

“The U.S. Fish & Wildlife Service is investigating the harassment of a manatee…reported to federal authorities over the weekend discovered w/ words "Trump" scraped in its back …discovered in Blue Hole on the Homosassa River” (via @CitrusChronicle )
–
Insurrectioning wildlife? pic.twitter.com/PvzI3pZ5Xn

West Indian manatees, like this one, seek sanctuary in the spring-fed waters along Citrus County’s coastline, making them easy to get to by swimmers and boaters. Craig Cavanna, a senior federal wildlife officer, and current investigating officer explained the situation, saying,

?I cannot comment on a current, ongoing investigation. It?s been My experience that this is very out of character for this community. Wildlife conservation is a core value in Citrus County. That?s why it?s called the Nature Coast. We are following leads.?

The USFWS has asked that anyone with any information that would help them solve this situation, to call the Florida Fish and Wildlife Conservation Commission at 888-404-FWCC, and the information will be forwarded to them. 2021 has been an intense year as Republican President Donald Trump had lost the presidential election to Democrat President-elect Joe Biden. The result incited the U.S. Capitol riots, with people protesting the election results and others calling for his impeachment.

Government and politics will always be messy, but this poor animal did not deserve this. Whoever did this is, without a doubt, cruel and needs to be brought to justice.