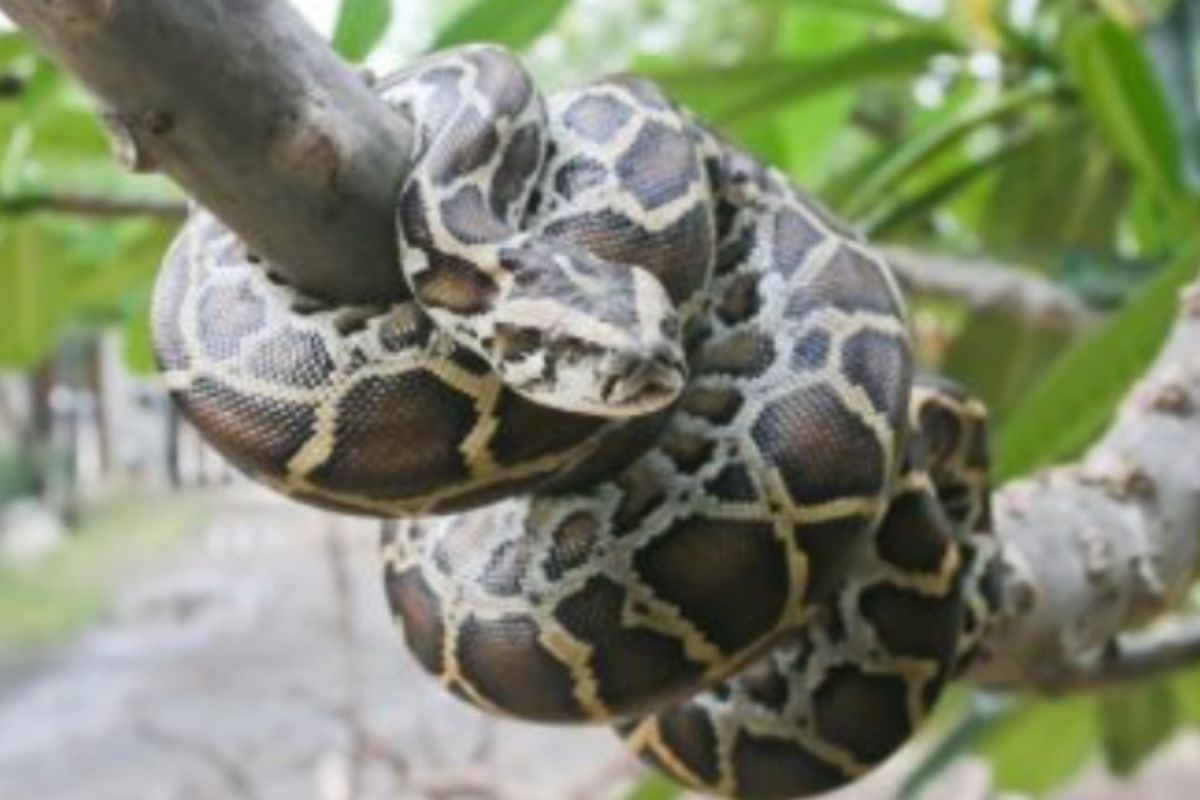 An autopsy determined that an Indiana woman, who was found with an 8-foot-long python wrapped about her neck, had indeed been killed by the reptile. Indiana State Police stated that the autopsy showed 36-year-old Laura Hurst’s cause of death was asphyxiation “due to strangulation by snake.” The findings were still pending a final toxicology report, a standard procedure in autopsies.

The woman was found unresponsive by Benton County Sheriff Don Munson back in October 30, 2019, on the floor of a snake-filled home in the northern Indiana town of Oxford. Munson, who is the owner of the home, called the woman’s death a “tragic accident with loss of human life” and is working with state police. Back in 2001, when he was a county sheriff’s deputy, he bred snakes for sale.

The python had apparently been taken from its enclosure, but luckily the other snakes in the house were still their cages when police arrived. When medics arrived at the house, they found the reticulated python was wrapped loosely around her neck and were unable to revive her. Authorities stated the home had about 140 snakes, 20 of which were owned by Hurst, who police said apparently kept them in the home and visited then twice weekly. The home’s owner had renovated it to house a snake collection.

I might sound really insensitive, but isn’t it a little too ironic to die at the hands of the snakes that you were collecting? If, of course, snake had hands. But, they don’t. Regardless, I bet my statements are ignorant, since breeding snakes for sale was common, even for law enforcement. And this story is still a horrifying tragedy that I’m sure no one ever wanted to stumble upon.