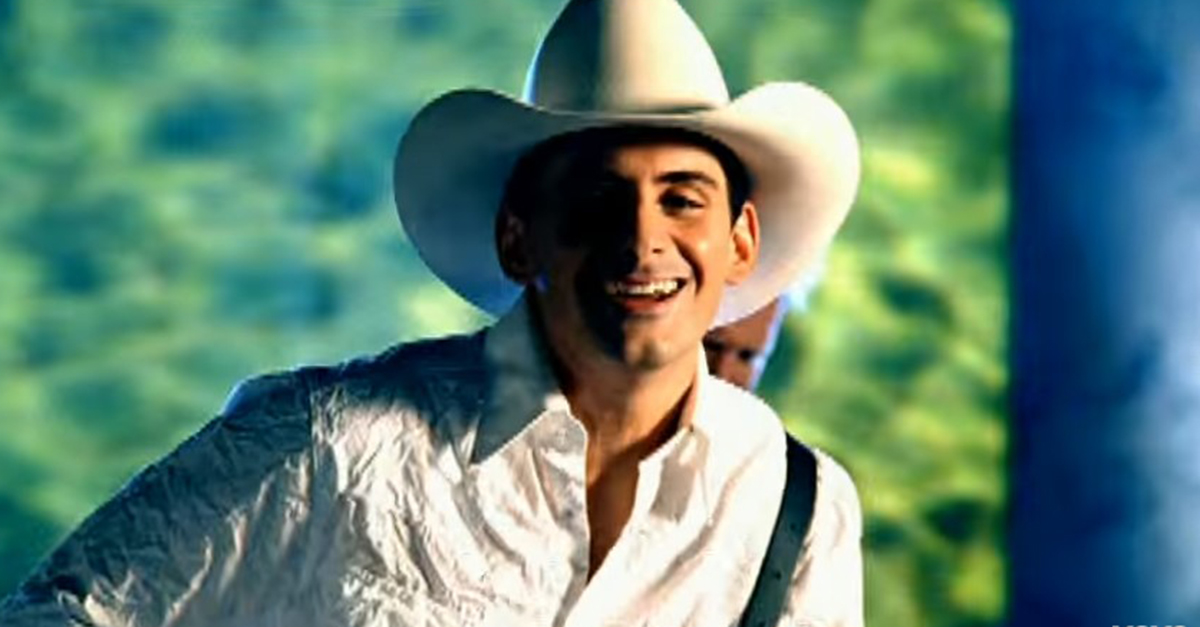 If the key to happiness is to not take yourself too seriously, then it’s no wonder Brad Paisley always has a smile on his face.

Back in 2003, Brad was still a fairly new artist. He?d been around a few years and had a handful of singles, but for the most part, he was still making a name for himself in country music. On April 19 of that year when he unleashed his video for ?Celebrity,? Paisley showed the world exactly who he really is — a huge jokester.

Starting with a celebrity icon type from “Idol,” Paisley plays the typical boy next door shooting for the stars who just can?t quit his Dairy Queen job yet. As funny as that is with William Shatner as one of the “Idol” judges, the laughs keep coming. “Fear Factor,” “According to Jim,” Michael Jackson and even Starbucks all feel the wrath of Brad’s comedic wit.

Even the cast of characters is hysterical. Jason Alexander kills with a Starbucks bit over a soy latte, while Little Jimmy Dickens wins the little red rose by stealing Paisley?s girl, who is played by Trista Rehn from “The Bachelorette.”

From start to as Shatner says ?literally the end,? you?ll laugh your butt of at this video. Honestly, it should be illegal to have this much fun at work.