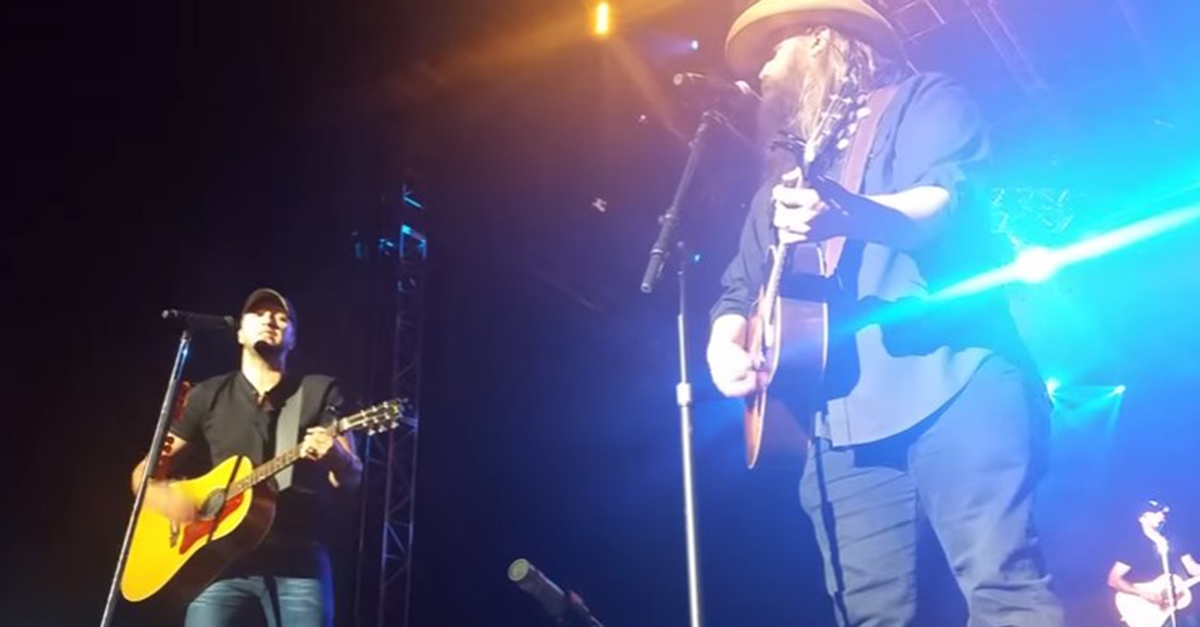 There is a life within every song.

From the life that begins when the songwriter scribbles the words and notes onto that crumpled piece of paper to the moment a handful of lucky songs reach the top of the charts to the inevitable time when a song fades off into the distance.

RELATED: The guy who sang backup to Luke Bryan at the 2013 CMA Awards makes his way into the spotlight

Yet, the power of the song “Drink a Beer” has never faded. In fact, it still holds the emotional punch that it did when it was first released by Luke Bryan in 2013 and Lady Antebellum covered it just a year later during one of the most emotional moments in country music history at the 2014 broadcast of CMT’s Arists of the Year special.

So when Luke and Chris Stapleton pulled the tearjerker out again to perform at the 2015 Crash My Playa concert in Mexico, it wasn’t surprising that the crowd ate it up. They even sang it alongside Luke and Chris during a moment that ended perfectly with Chris’ amazing last note.

And once again, everyone listening was reminded yet again that an amazing song never really dies.

It has quite a life.