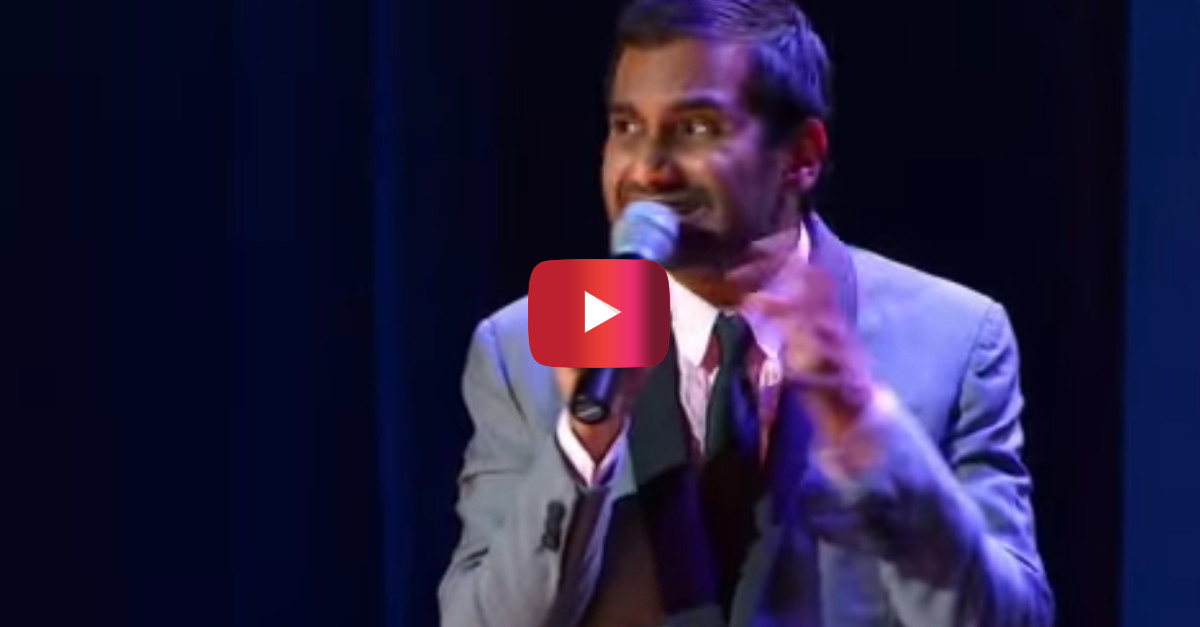 In 2012, comedian Aziz Ansari released “Dangerously Delicious,” the critically acclaimed followup to his 2010 special, “Intimate Moments for a Sensual Evening.”

One of the stand out bits of the special would help inform much of Ansari’s later career, when Aziz breaks down how awful most men are who troll on women at nightclubs.

In recent years, Aziz has devoted much of his creative output to examine the relationships between men and women through a book, a stand-up special and a TV series. The origins of that examination can be found in this bit, “Dumb People at Bars.”

“When you ask [girls] how they met their boyfriend it’s never a sweet story,” Ansari explains to the crowd before he mimics a girl he might be talking to.

“It’s always stories like I was at the club and this guy came up to me and was like ‘I’ve been staring at your ass all night, is it cool if I take you out sometime?'”

Ansari then goes on to break down why he fails at meeting women at bars, and why dumb guys often prevail.