These six, sexy country music cowboys have got us weak in the knees 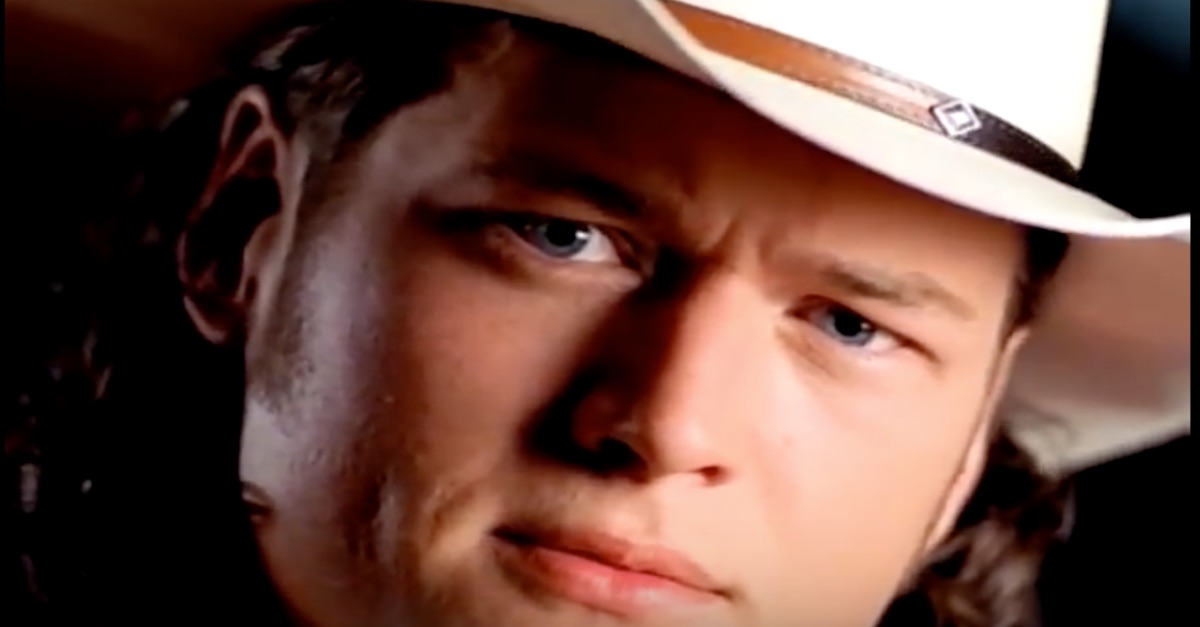 We aren’t really sure when butts got to be such a big thing, but it’s not uncommon to hear a group of girls in a bar giving color commentary on the tushies of males that walk by.

Now, we’re using cowboy Chad Prather’s definition of a cowboy because we can. We also believe that in a world where ranches and farms are fading faster than your oldest Wranglers, there’s more to being a cowboy than riding and roping. Do you agree?

So, let’s get started!

Well, duh. George has the best anything and everything, but he wears a pair of Wranglers better than anyone. Period. He’s also a bona fide cowboy who has his own cattle ranch and used to compete in team roping events with his son, Bubba. While he doesn’t compete in his namesake roping tournament anymore, he does still appear to take a lap around the arena on his favorite pony. Sigh!

While Tim and Faith live in suburban Nashville, we also know that Tim can sit a horse — for you greenhorns, that means he can ride. He demonstrated his cowboy skills, both riding and roping, when he appeared as Rob McLaughlin in the movie “Flicka.”

He’s the hottest new thing in country music, but those boots, buckles and pearl snaps are no costume. Jon is as comfortable on horseback as he is onstage singing his current hit single, “Dirt On My Boots.” He’s modest about his team roping skills, but he’s as diligent about practicing as he is about writing another smash. Oh yeah, he’s a dancing cowboy, too. Those long, long legs can two-step, waltz and swing with the best of them.

RELATED: If you like cowboys, this country hunk’s new video is as good as it gets

Sure, Blake just got himself a horse when he got one for his girlfriend, Gwen Stefani, but as Chad says, there’s more to cowboy-ing than riding and roping. This hard-\working, proud American is also kind and warm, loves country music, his fans, and his family. Plus, we rarely see him in anything other than jeans and plaid. And in his early days, there was a cowboy hat over that memorable mullet.

When it comes to someone who embodies the cowboy spirit, you’d be hard-pressed to find anyone that embraces it like Amarillo-native Aaron Watson. This hardworking family man, devout Christian, proud Texan and all-around good guy, is one of the best in the biz, not just the Lone Star state. In fact, his newest album, “Vaquero,” which is Spanish for “cowboy,” just debuted at No. 2 on the country albums chart, and he made his Rodeo Houston debut at the event’s kick-off.

RELATED: Falling in love never sounded as sweet as it does in this tender tribute

If cowboys are your thing, then pay attention to Cody Johnson. Much like his compadre, Aaron Watson, Cody is a proud Texan and an upright human being. And his boots, buckle and hat are authentic. Before he was bitten by the musical bug, Cody was on the back of a bull riding rodeo. Now he’s playing rodeos. In fact, he made his debut on the big stage at the Houston Rodeo this year and made a true cowboy’s exit — lapping the arena on horseback and breakneck speed.

Is he in a cowboy hat or pearl snaps? Nope. Is he roping or riding? Not so much. But if you listen to Chad’s description of a cowboy again, Luke Bryan fits the bill just as much as George, Jon or Cody. A hardworking man of God who loves his family, Luke doesn’t wear the uniform, but he’s sure got the spirit, and we vote him way higher up the list when it comes to how he looks in his blue jeans.