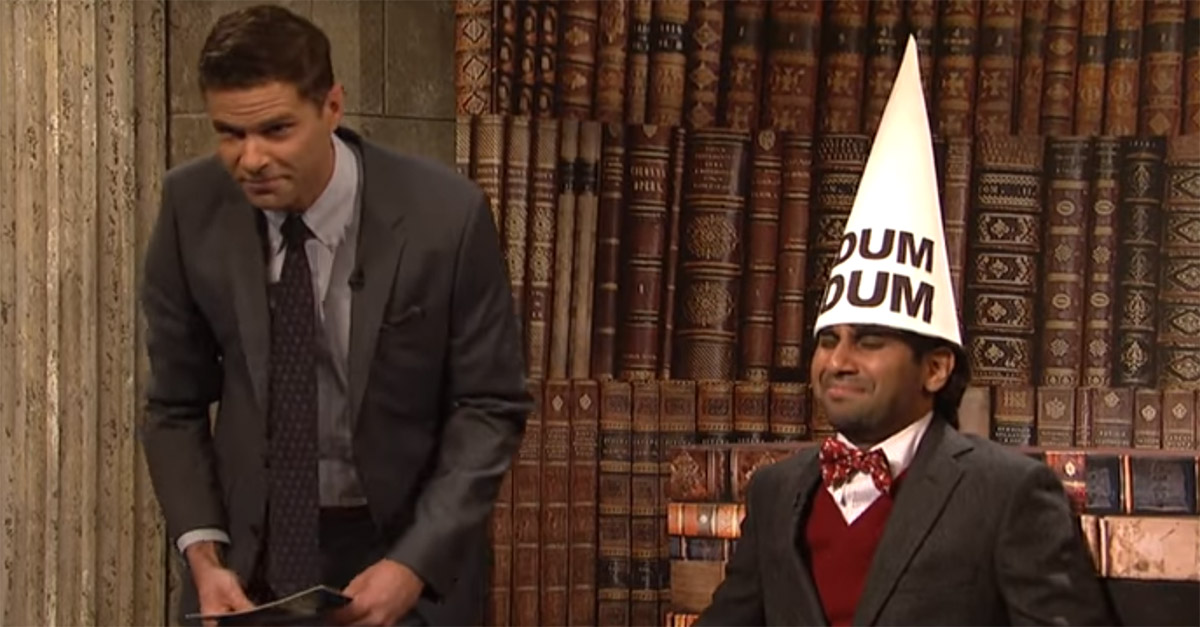 Game shows and trivia contests reward those with the widest breadth of knowledge at their command (though perhaps less than they reward a quick buzzer finger — can’t win if you don’t answer), and so the person who’s managed to cram the most obscure facts into their head usually reaps the rewards. In this “SNL” sketch, Aziz Ansari plays the titular antagonist of “Beat the Bookworm,” a man who’s spent his whole life collecting advanced knowledge about nearly every subject under the sun.

RELATED: A tense police/scoundrel showdown in a pizza place gets interrupted by the robot band in this “SNL” sketch

Unfortunately, the Bookworm is undone by his own studiousness. While he spent his childhood poring over texts on philosophy, classical literature and other such lofty pursuits, he didn’t make any time for ’90s pop culture, that worthless cotton candy knowledge which has launched a thousand online listicles. His answers to these easy questions or side-splitting. For example, we’re pretty sure Michael Jackson wasn’t King of the Jews — he walked on the Moon, not on water.