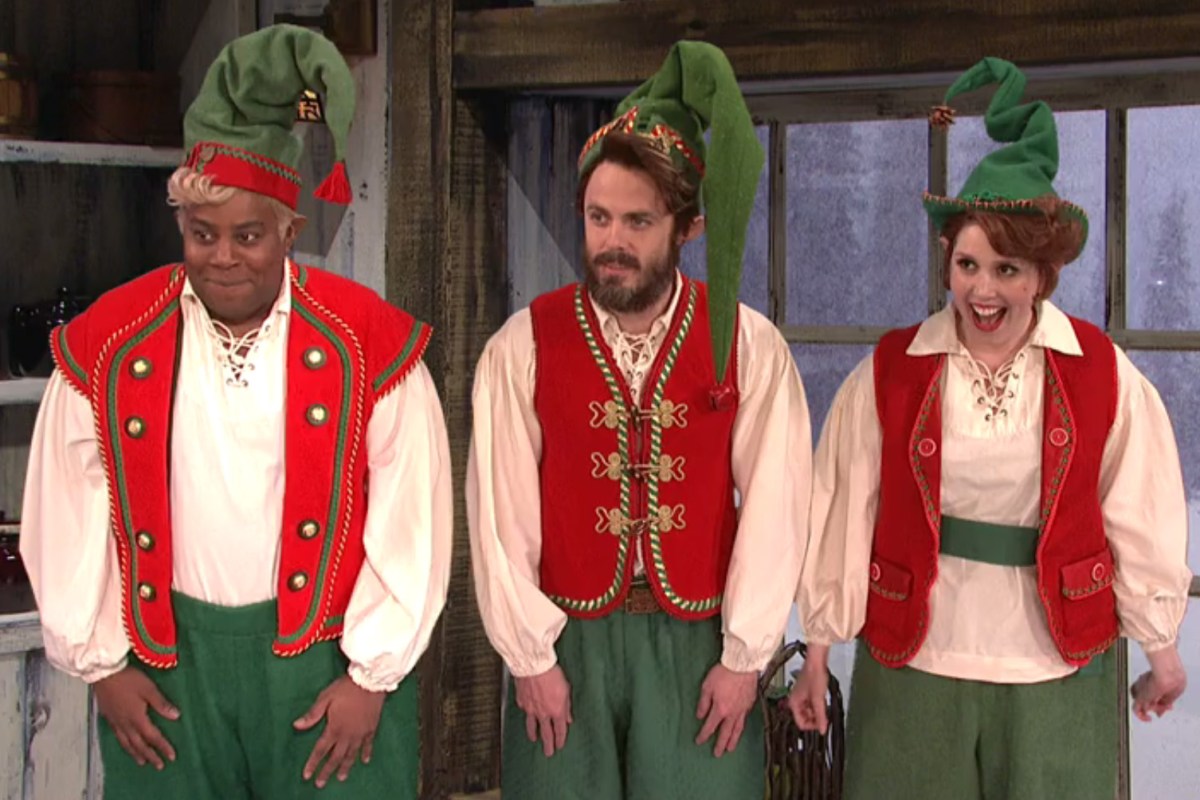 “Saturday Night Live” has a history of airing the sketches that will likely get a big laugh at the beginning of the night, then later airing the weird ones that let the writers flex a bit and try ideas that aren’t mainstream.

This is definitely one of those late skits.

RELATED: It?s snowing at 30 Rock as Chance the Rapper and Kenan Thompson bring us the next great ?SNL? Christmas song, ?Jingle Barack?

It stars Kenan Thompson, Vanessa Bayer and host Casey Affleck as three elves with sadomasochistic tendencies. They taunt Aidy Bryant’s Mrs. Clause in order to get punished for the things they’ve screwed up.

“I guess the only thing left to do is punish us,” the elves tell Mrs. Claus after they mess up her quiche for Santa.

They screw up her dinner twice, all the while suggesting torture and humiliation from her as punishment. Then the group tells Mrs. Claus to use a Hershey Kiss to punish them.

“If you put this in the wrong way, it might never come out!” Thompson says while holding a comically large chocolate kiss.

Then Santa appears and takes Mrs. Clause away from the elves, who’re all disappointed they missed out on punishment.

“Don’t worry about it,” Affleck replies.