Celebrities usually complain about the struggles of being famous, but Kevin Bacon really hates it when people don’t recognize him 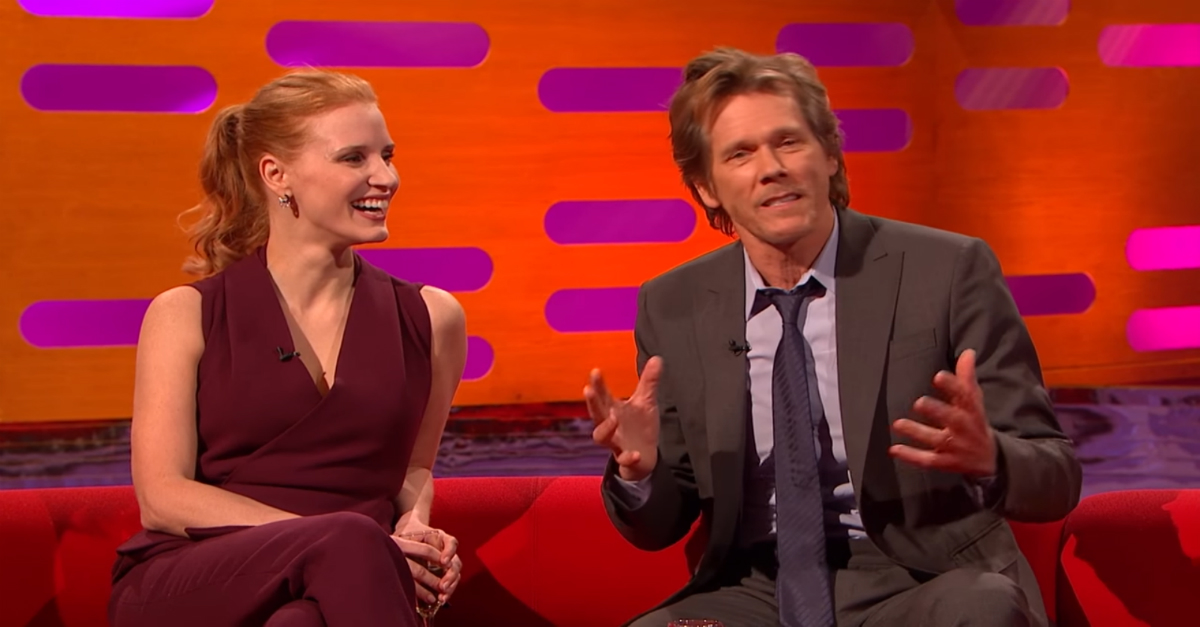 Kevin Bacon has no sympathy for celebrities who complain about the struggles of being recognized by fans and paparazzi. The “Footloose” star went on “The Graham Norton Show” and revealed that he?d tried to ?be normal? for a day and even enlisted the assistance of a special effects make-up artist to design a substantial disguise involving prosthetic.

Host Graham Norton asked Bacon about his day in disguise, adding, ?Did you like people not recognizing you??

And it’s safe to say he certainly didn?t.

?I?ll tell you, people don?t talk about the fact that being recognizable is 99.9 percent good because people are nice to you all day long, for absolutely no reason,? Bacon said, as fellow guest Jessica Chastain giggled next to him.

?People stop me on the street and say, ?Kevin I love you?, I mean, who doesn?t want to be loved. Right? Who doesn?t want to have somebody say, ?I love you.’ That?s a great feeling, and you can get out of tickets, they?ll give you free sneakers and shit like that. It?s mostly good is my point,? he said.

But Bacon also mentioned that many celebrities often think about what their life would be if they weren’t famous, and if they could walk around unrecognized.

?Once in a while you think to yourself like, ‘What would it be like to just walk through the world anonymously?,’ so I tried to experiment with that,? he confessed.

?I went to an outdoor shopping mall in Los Angeles called The Grove, and it?s sort of the worst place you want to walk around in. If you?re a celebrity, that?s a guaranteed place for you to be taking some selfies. And I walked straight through The Grove, and nobody recognized me, and it was awful,? he added.

?I was like, this sucks man, I?m going back to Kevin Bacon ASAP.?