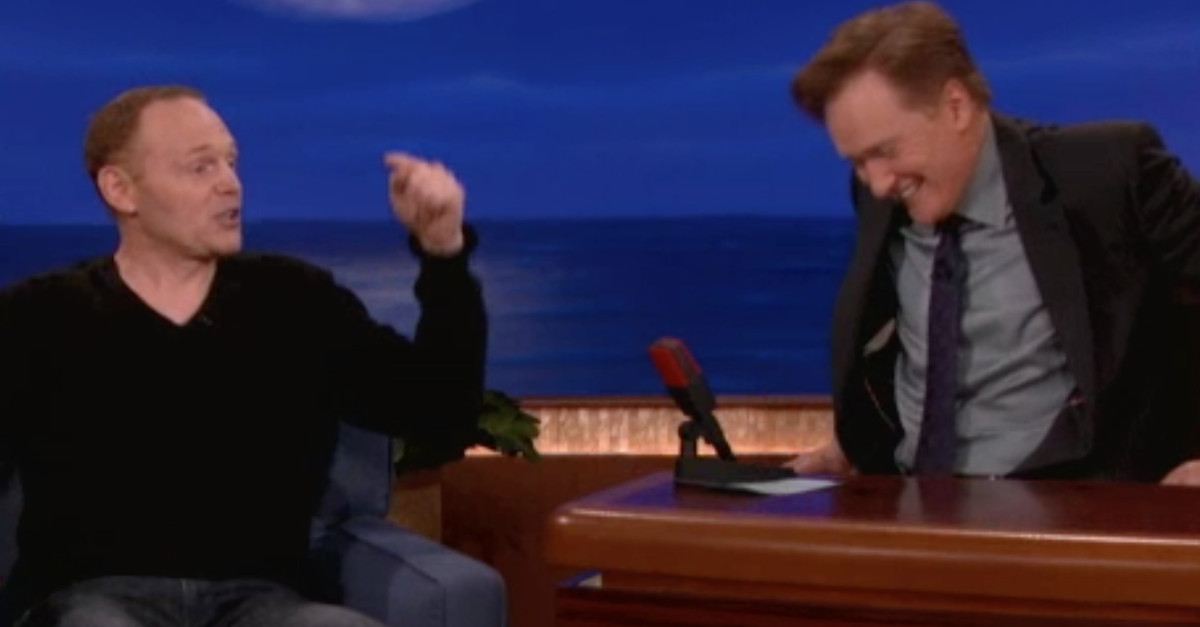 In 2013, Bill Burr appeared on Conan O’Brien’s “Conan” to poke fun at Lance Armstrong’s infamous sit down with Oprah Winfrey where he clean about his use of performance enhancing drugs.

What truly bothered Burr was the “holier than thou” attitude of Oprah Winfrey during the interview.

“And I hated out Oprah was interviewing him and acting like she was dumfounded this guy would do this,” Burr told Conan.

“She’s been in show business 35 years and she can’t wrap her head around some guy doing whatever it takes to get to the next level.”

RELATED: Bill Burr went on Conan and delivered a joke about Caitlyn Jenner that was somehow both sweet and hilarious

As O’Brien sat in his host’s chair giggling with laughter, Burr reminded audiences of the beginnings of Oprah’s career.

“Didn’t she for the first five years have like midgets who wanted to bang the mailman’s boyfriend and she didn’t want to do it!”

After laying into Oprah, Burr then brought his attention back to Armstrong, a man who he referred to as a sociopath.

“Look, the guy was a sociopath on a bicycle, all right?” Burr said.

“As far as I’m concerned, we got off easy…If that guy was working for a corporation, he would have been pouring stuff from the water supply doing God know what’s. Just keep him on the bike. Go up and down the hill. He’s not hurting anybody.”