An 85-year-old Italian grandmother had a frustrating, but hilarious time trying to learn how to use her new Google Home Mini, which she received in her family’s Secret Santa gift exchange. Maria Actis wanted to try out her new electronic friend right away, but her husband wasn’t so thrilled about it.

The device wasn’t so easy for Maria because it was unlike anything she had ever seen before. Furthermore, her new virtual assistant had trouble understanding her Italian accent. She was rather persistent with her desire to learn how to use the Google Home, and the results are making a lot of people chuckle.

The device is typically activated by saying “Ok, Google” or “Hey, Google!” Maria has some difficulty saying Google. It sounds like she is saying “Goo Goo” or “Cuckoo,” so the Google Home wasn’t very responsive to her. She had more luck tapping the device.

“I’m scared. I’m scared, it’s a mystery,” she said upon finally hearing the device answer her question. “Oh my gosh!” She stood in amazement when she got an answer.

She then asked Google Home to play an Italian song which she then began singing. When her request was met with silence the Grandma responded, “Do it!”

Watch the hilarious video below!

This video had gone viral on several platforms. Maria is both adorable and hilarious. It’s so fun to watch the older generation adjust to today’s technology.

Maria’s grandson Ben said this was exactly what the family expected from her, and he’s happy she’s getting some internet fame. “There’s a ton of stories where’s she’s like this, such as the time she fell off the back of my grandfather’s motorcycle the day before their wedding and he didn’t notice,” he says. “She’s absolutely this adorable.” 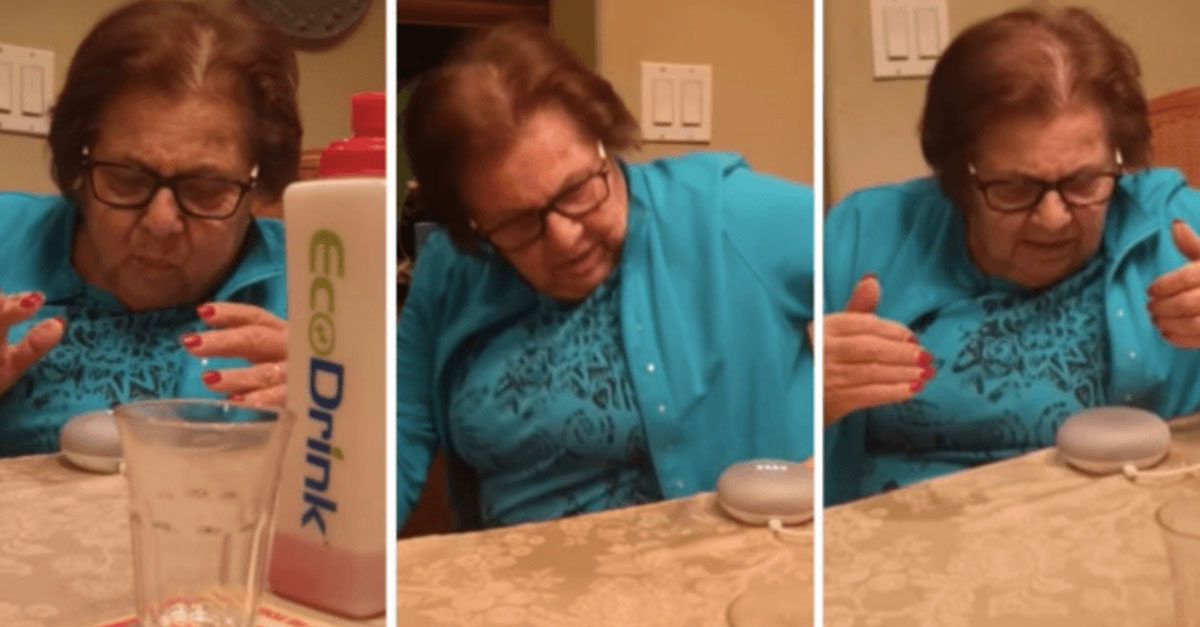