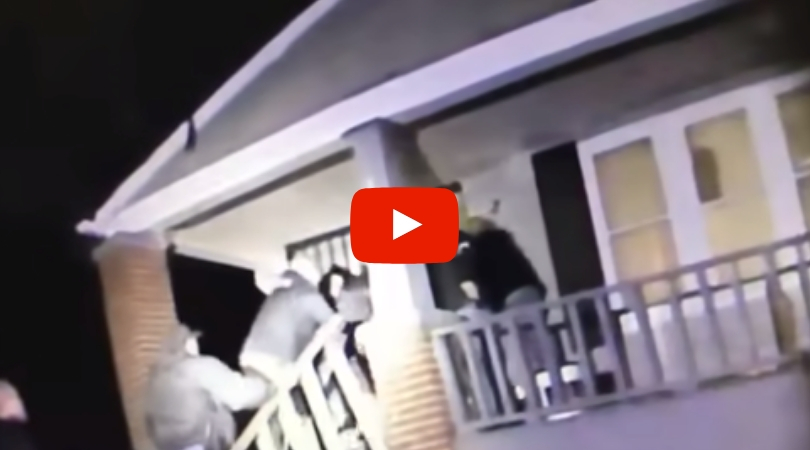 Well, this is a new one. A gigantic drug raid mistake led to police officers arresting…well, each other. Turns out undercover cops in Detroit had posed as drug dealers to help catch a pair of sellers. However, thanks to a “tiny” mess up, another undercover police group thought they were real drug dealers so they raided the house, which quickly became one of the most embarrassing things the department has ever seen. So much so, that the Police Chief even admitted it. Yes, these dumb dumbs didn’t check in first to see who they were going after.

To sum it up, basically, neither 12 or 11 knew these cops were undercover. So, they began to rampage the place when they arrived and quickly began to yell at each other, which led to fighting like hooligans. And in case you were wondering, yes, they were all wearing body cameras and were able to capture the whole incident. I can definitely see a new show called, “America’s Funniest Cops: Undercover Operation Gone Way Way South.”

An internal investigation has been launched by the Detroit Police Department, because of course, especially since there were guns involved and punches being thrown everywhere. Authorities stated over two dozens Detroit police officers were present that evening. Two of those officers were treated at the hospital for their injuries, one for a contusion to his eye socket, and one for a split lip. Several of the officers were placed on restricted duty and one supervisor was removed from the special operations team.

The best part of this story was that the homeowner just stood there and watched them basically just rip each other apart without knowing who they were! Can you imagine how confused this dude must have been?

In all seriousness, this is terrifying. It’s called communication guys, this shouldn’t be happening. This is seriously how people get hurt. If there wasn’t a video of the incident, I would have pictured that scene from The Office where Michael Scott, Dwight, and Andy are just standing around with their hands up, pretending to be holding guns.

But, I guess if you think about it, you have to give these officer a little bit of credit. Why? Well, at the end of the day, they didn’t know the other group was undercover and vice versa. So yeah, guns were drawn and punches were thrown, but it goes to show you how well these cops were at being undercover. So much that they couldn’t tell the other group were cops as well, so, could it be they are too good for their jobs?

Maybe. I might just be looking at the bright side here…but this is definitely one for the books. This is going in the Detroit Police Department training section under, “Let’s try not to get each other killed.”

Editor’s note: This article was originally published on April 23, 2019.