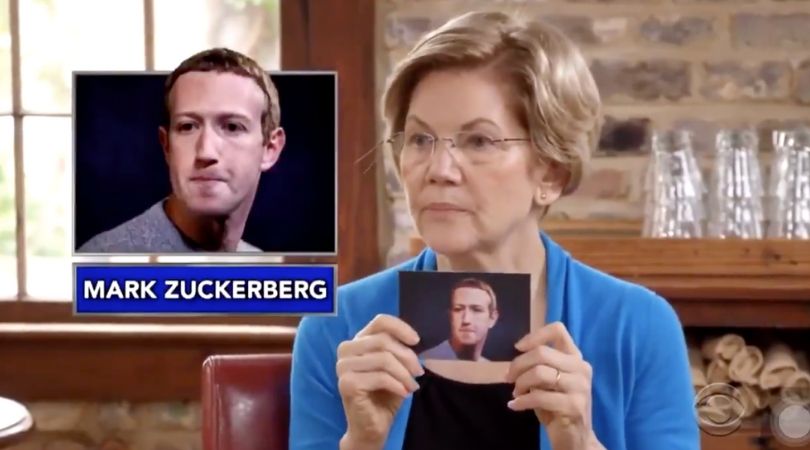 Who knew billionaires were so hard to guess, huh? Just watch as Senator Elizabeth Warren tried to guess them one by one, while Stephen Colbert describes them to her. I mean, yes, of course, we have seen her during debates as the prepared Democratic candidate, but this takes all of those debates and squashes them into one. It’s hilarious.

Warren was invited on a segment with Stephen Colbert on The Late Show. Colbert met up with Warren ahead of the debate in Colbert’s home state of South Carolina. During his “Hometown Hospitality” segment, Colbert decided to ask Warren about some highly known billionaires.

When I tell you this sent me FLAT on the floor pic.twitter.com/lGzLpd75fS

Basically, the Presidential candidate was tasked with guessing the billionaire based off of hilarious, let’s call them shady, clues given to her by the late-night host. The first billionaire up was Mark Zuckerberg, who Colbert describes as, “never shows emotions and looks like he cut his own bangs with toe clippers.” Who Warren hilariously guesses Bill Gates! (!!!!) Oh man, when I tell you I yelled at my TV!

He then goes on to describe Amazon CEO Jeff Bezos, comparing him to Lex Luther from Batman. (Which I’m sure isn’t the first time Colbert’s says that out loud.) He tells her, but he knows more about you and he’s less trustworthy.” To which Warren exclaims, “Oh, Bezos!” Next up, Warren guesses Mike Bloomberg, who Colbert stated he is spending so much money on the election, the air time between the two might be “a commercial for him.” Of course, Warren immediately guesses Former New York City mayor Michael Bloomberg, who is a fellow contender for the Democratic nomination.

The clip goes on and on, but it’s truly wonderful. She’s pretty spot on though, I’ll give her that. Great promotional press, if you ask me. Still, take a look at it. She got more than what I would have guessed! The Warren Campaign must sure be proud!

After the game, two then just sit at a bar nonchalantly, toasting with some Michelob Ultras before Colbert jokingly mobs Warren’s drink of choice. She stated, “It’s the club soda of beer,” to which he sends, “”Do you know the joke about why Michelob Ultra is like making love in a canoe? Because they’re both f—ing close to water.” A good ol’ troll! Can we get one of these with Joe Biden and Bernie Sanders, too?