Fake Noses and Newts: Re-live The Greatest Witch Hunt of All Time With ‘Monty Python’ 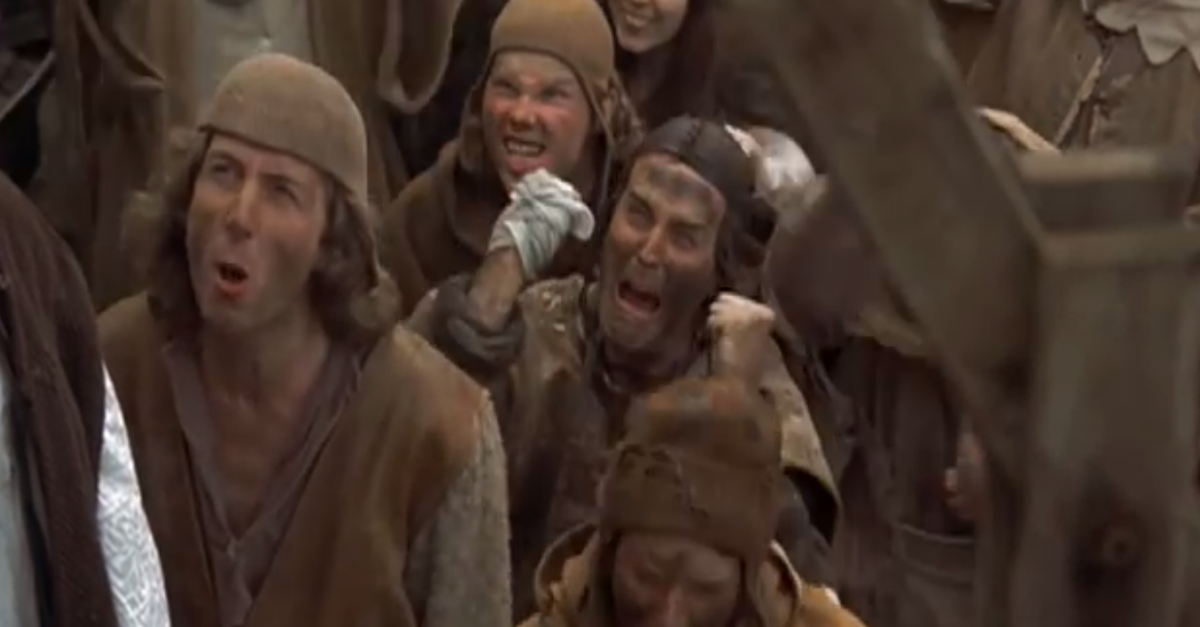 With the news of the death of Terry Jones this morning, we found it important to remember his legacy. Unfortunately, he passed away at his home in London after a “long, extremely brave but always good-humored battle with a rare form of dementia.” Safe to say the beloved writer, comedian, and director always made it a point to make the world laugh with his work.

He wrote for several 1960s comedy series including “Do Not Adjust Your Set” and “The Frost Report.” A few years later, he and Michael Palin, along with John Cleese, Eric Idle, Terry Gilliam, and Graham Chapman created the Monty Python’s Flying Circus in 1969. That’s when the adventure truly began.

So, what better way to remember his talent than by bringing back the single funniest witch hunt that happened on the silver screen. It’s truly a masterpiece and one of the best films to ever exist. In this classic clip from “Monty Python and the Holy Grail,” a group of villagers led by John Cleese and Terry Jones declare that they’ve found a witch.

When asked how they know that she’s a witch, they offer pseudo-pragmatic bits of proof like “she looks like one,” and Cleese declares “she turned me into a newt.” What follows is nothing less than a series of mind-bending logical turns that could leave even the best law professor (or special prosecutor) in the dust.

To make things even funnier, here’s part of the script to show you these amazing writing skills. Because well, it’s hilarious to watch of course, but it’s even more hilarious to read the ridiculous lines. Enjoy.

Thank you for the endless belly gut laughs, Jones. We’ll miss you.

Editors Note: This post was updated on January 22, 2020, after Terry Jones’ family announced the comedian had passed away.