Famous Youtuber Revealed the Gender of Her Baby Via Colored Fart 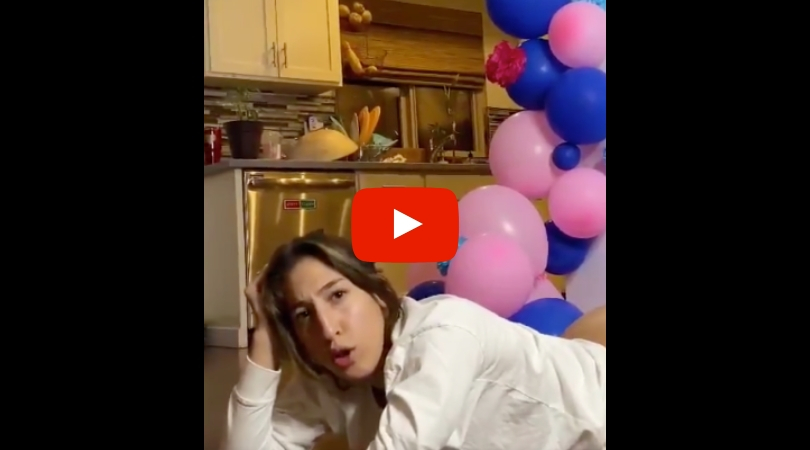 Alright, ladies and gentlemen, these are getting way out of hand. Whatever happened to a simple phone call telling your loved ones that you are going to have a boy or a girl? I really don’t get all of these over the top gender reveal parties. Now it?s all about exaggerated and elaborative parties that somehow always manage to go wrong.

In this case, it didn?t necessarily go wrong, but it was…well it was something. It’s the butt of the joke, that’s for sure. This lady is known as Youtuber Paige Ginn, who went trending for the first time for her pranks where she became known as that girl who fakes falls to her subscribers. On Twitter, the prankster takes the award for the most horrific yet hilarious gender reveal ever by loading up a handful of blue-colored baby powder right inside her butt.

Yes, she then pushes out a small fart, and poof, blue powder comes from her rear end. Her friends then hilariously dance and jump around her yelling “it’s a boy” ignoring the fact that this woman just farted out the powder. Can you imagine her baby shower if this is the official gender reveal? Can we get an invite?

The powder just lingers in the air for everyone to smell and see, which is truly amazing, but so so gross. Really. But hey, you do what you gotta do. If farting a cloud of blue to find out if your baby’s gender is your idea of a good reveal instead of just getting blue balloons, gallons of pink water, or something, then go for it. Just don?t be surprised if the internet roasts you because of it. Because well, it?s a little bit insane. Funny? Sure. Unnecessary? Definitely.

It?s like y?all are just trying to come up with the most ridiculous ways to go viral or something. (Cough. Cough.) At least this reveal didn?t cause a heavy explosion like previous ones have. Just a little flatulent explosion, if you know what I mean. So, whether this is a real reveal or a joke…I guess I have to say congrats to the happy couple? On your baby, of course, and the “mind-boggling viral poot.” I do have a question though…who put the baby powder in there in the first place?

Editor’s note: This article was originally posted on November 12, 2019.