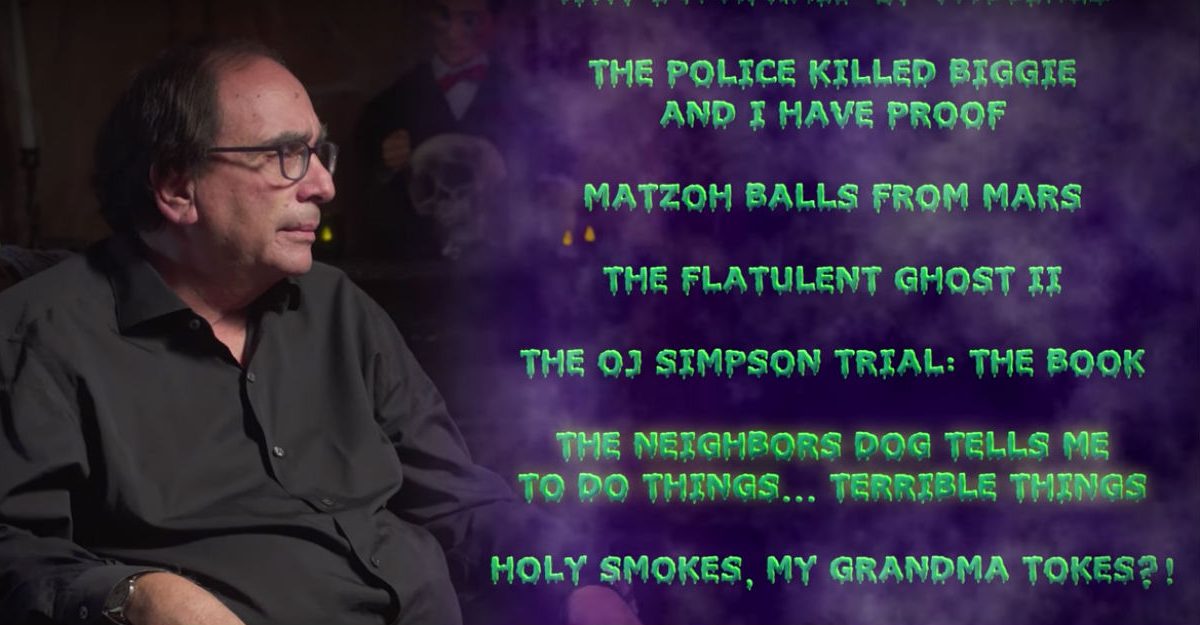 If you were keeping tabs on the young adult fiction scene in the late ’90s, you probably read or at least were familiar with R.L. Stine’s horror series “Goosebumps,” which had such titles as “My Parents Divorce Made Me a Horse,” “Skeletons Smoke Cigarettes and You Should Too” and “Nudity, Drinking and Casual Slug Use.”

Well, actually those particular books actually never made it to print, considering they were rejected by Stine’s publisher. At least according to this Funny or Die video, anyway.

We could probably listen to a hundred more minutes worth of rejected “Goosebumps” titles, with each one being funnier than the last.

Which title was your favorite?