He hooked his “Alexa” up to a skull, and it’s a fantastic horror show come to life 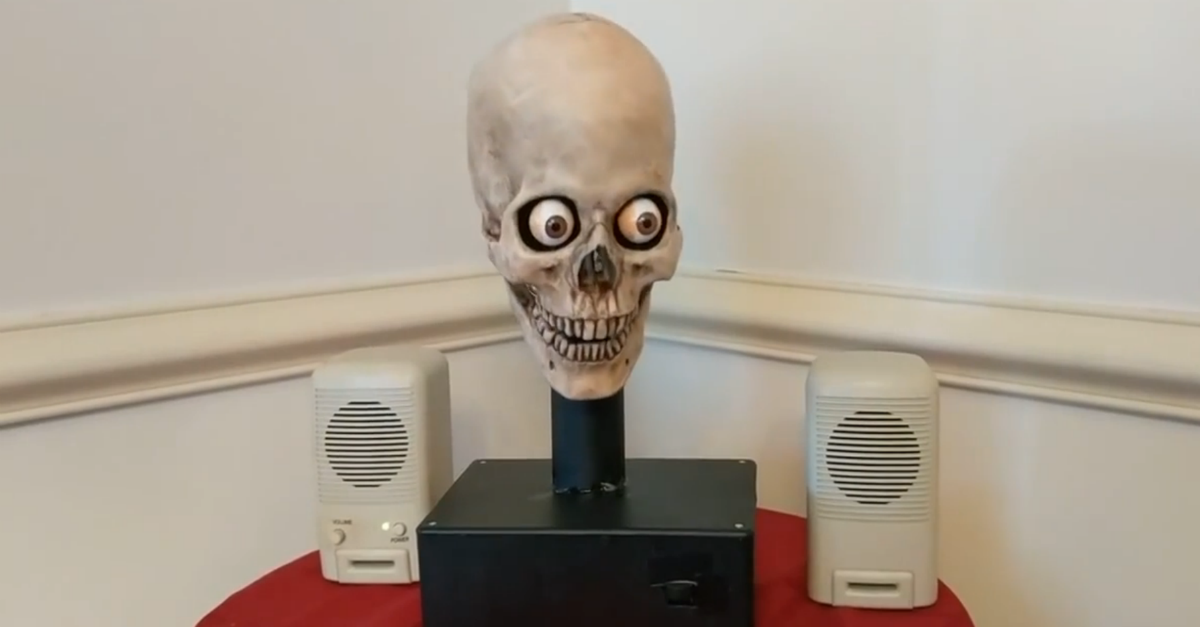 Today, just about everybody has a virtual assistant. You might have an “Alexa” or “Siri” or even “Cortana.” If you’re a business or a doctor, you might rely on “Watson” by IBM to help your through the day. But almost all of the virtual assistants in what we call “the internet of things” are pretty boring devices. Sure, they talk and research the internet in microseconds, but at the end of the day, they’re just boxes.

RELATED: A toddler asked to hear his favorite song, but what Amazon’s Alexa thought he asked for was much, much worse

One enterprising owner decided to fix the boredom of his “Alexa.” And while we saw what happens when you hook the virtual assistant up to a singing fish, this guy went a bit darker — he hooked her up to a skull. And while it’s odd, we definitely want to do this to our machines.

RELATED: He had these Apple employees thinking that Siri was seriously acting up with these hilarious cartoon character impressions