During a recent reddit Ask Me Anything Q&A session, comedian Jerry Seinfeld was asked by reddit user chubbyurma which joke in his long career he was most proud of.

“Do you have a joke that you’re the most proud of because you invented it?” the user asked Seinfeld.

Seinfeld then called back to a 1994 episode of his show “Seinfeld,” where George Costanza, played by Jason Alexander pretends that he is a marine biologist. Near the end of the episode, Constanza’s plot intersects with that of Cosmo Kramer, played by Michael Richards.

“I think the best Seinfeld episode idea I ever contributed was that George pretending to be a marine biologist would find Kramer’s golf ball in the blowhole of the whale,” Seinfeld explained on Reddit.

RELATED: Before he died, Garry Shandling sat down with Jerry Seinfeld for one of the all-time great conversations about comedy

“Believe it or not, we were doing both of those stories without seeing any connection that Kramer was gonna hit golf balls at the beach, and George was gonna be pretending to be a marine biologist. And it was in the middle of the week that it suddenly hit me of a way to connect the two stories.”

George explains to his friends that while at the beach with a woman he was trying to date who believed he was a marine biologist, a sick whale begins to float ashore. The plots intersect when George pulls a golf ball out of the whale’s Blowhole that Kramer had previously hit into the ocean.

“The sea was angry that day my friends, like an old man trying to send back soup in a deli,” Constanza explains.

Once Costanza reveals that a golf ball had been stuck in the whale’s blowhole, the live studio audience gives the show one of its biggest laughs ever. 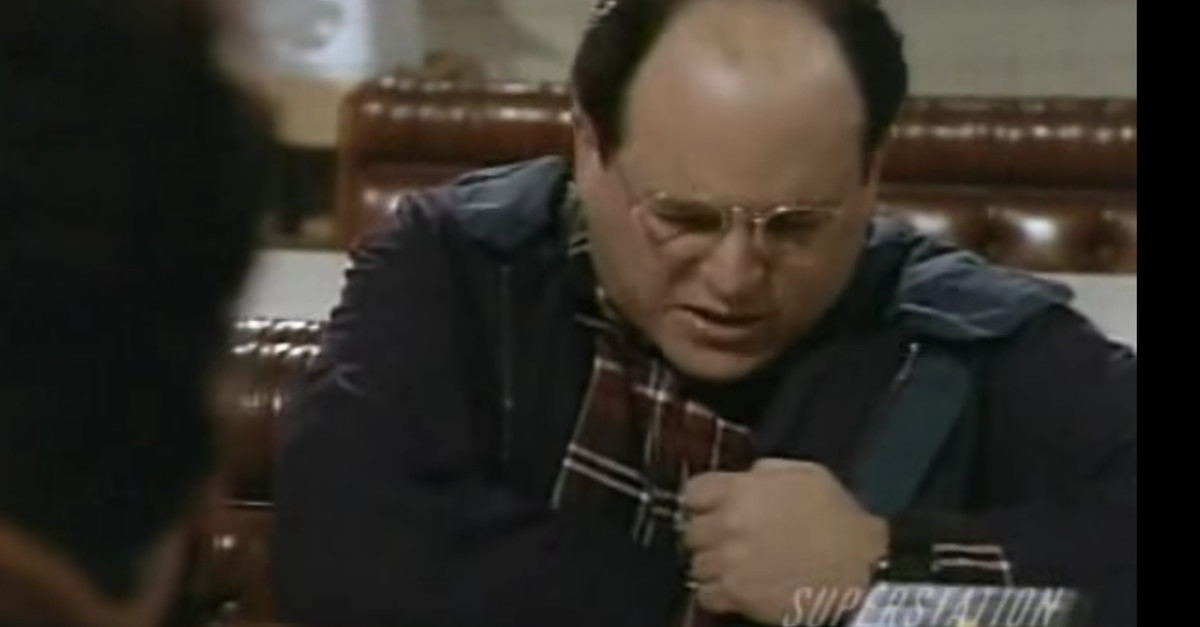