Kathy Griffin knew exactly how she wanted to celebrate her tenth anniversary as CNN’s New York co-host with Anderson Cooper.

During the countdown to 2017, Griffin wrapped Anderson up in silver, shiny foil on-air to celebrate the “tin” year anniversary. However, in the beginning, things didn’t go so well, as the foil wouldn’t stay on Anderson.

.@kathygriffin is celebrating her “tin” year #CNNNYE anniversary w/ @andersoncooper by wrapping him in foil
in foil https://t.co/NQHVf9wxLk

“I am now going to wrap you in tin — entirely,” Griffin said. “I don’t quite know how, and I kind of didn’t think this through, the way I thought.”

Anderson continued to discuss how he felt in the foil get up and couldn’t stop laughing throughout the entire segment.

“I’m gonna do this, if it’s the last thing I do,” Griffin said laughing. “It’s our tin anniversary.”

Eventually, Anderson ripped the foil off his body and head with a huge smile on his face.

RELATED: CNN’s Anderson Cooper drills Kellyanne Conway for answers on Russia but her spin is airtight

Every year Griffin has something up her sleeves. In 2015, Griffin sprayed tanned Anderson’s face on live-tv.

Needless to say, anything can happen when this pair is together.

Feel free to watch the full clip below: 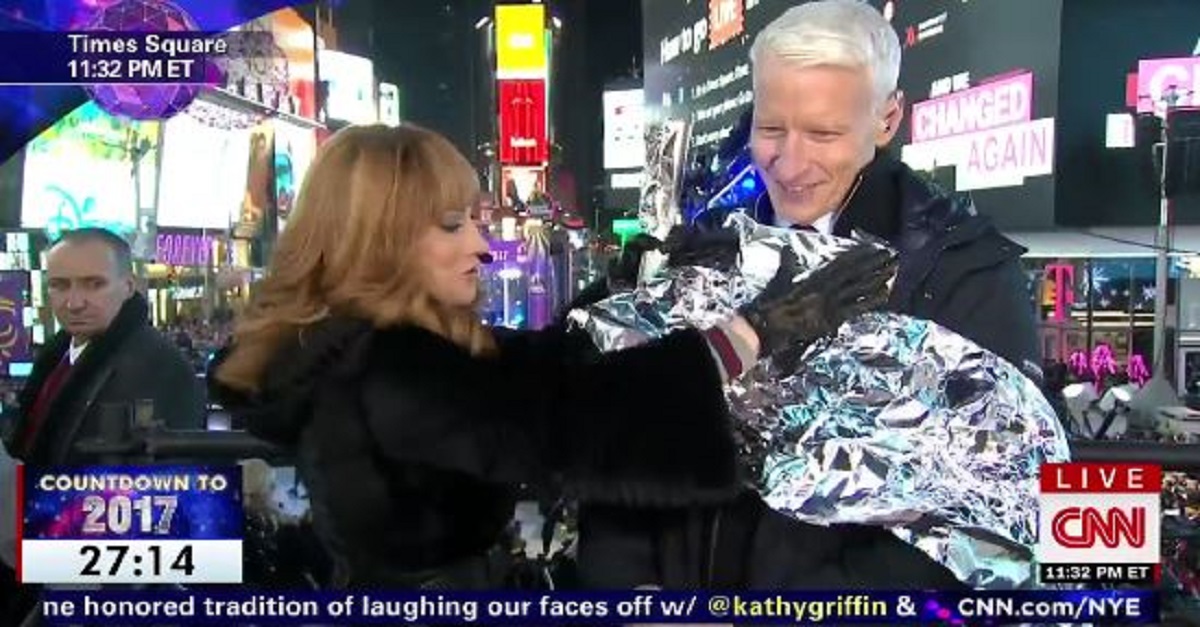