Hold the greens: Man mocks vegans with this meat-eating parody 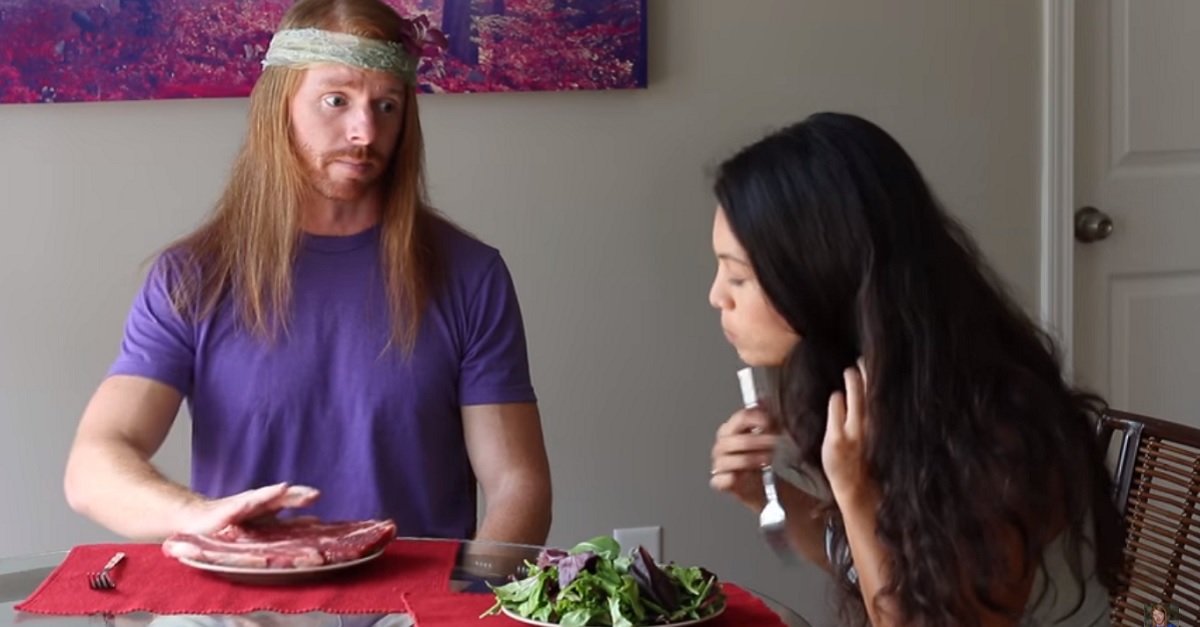 We don’t mean to stereotype those that are vegans and vegetarians; however, because these are popular eating trends, their annoying subscribers are going to stick out due to pure numbers, and some people are tired of that.

This man was so tired that he decided to fight back with his own parody of what meat-eaters would be like if they acted like the outspoken veggie-lovers.

RELATED: ?Chicago Sanitation? is a great spoof of shows that take place in Chicago

What does acting like an out-spoken meat-eater entail? Well the man here — J.P. Spears — essentially goes around and tries to ruin everyone’s day. He tells a girl that her eating a salad is ruining his day and killing his appetite, while also asking for “tofu-flavored” chicken from a restaurant.

This is just a clever reminder of one thing, people: eat whatever you would like and what you think constitutes a healthy diet. Just don’t annoy the rest of us about it.

RELATED: Amy Schumer just wants a normal sized shirt in this hilarious bit about the struggles of shopping