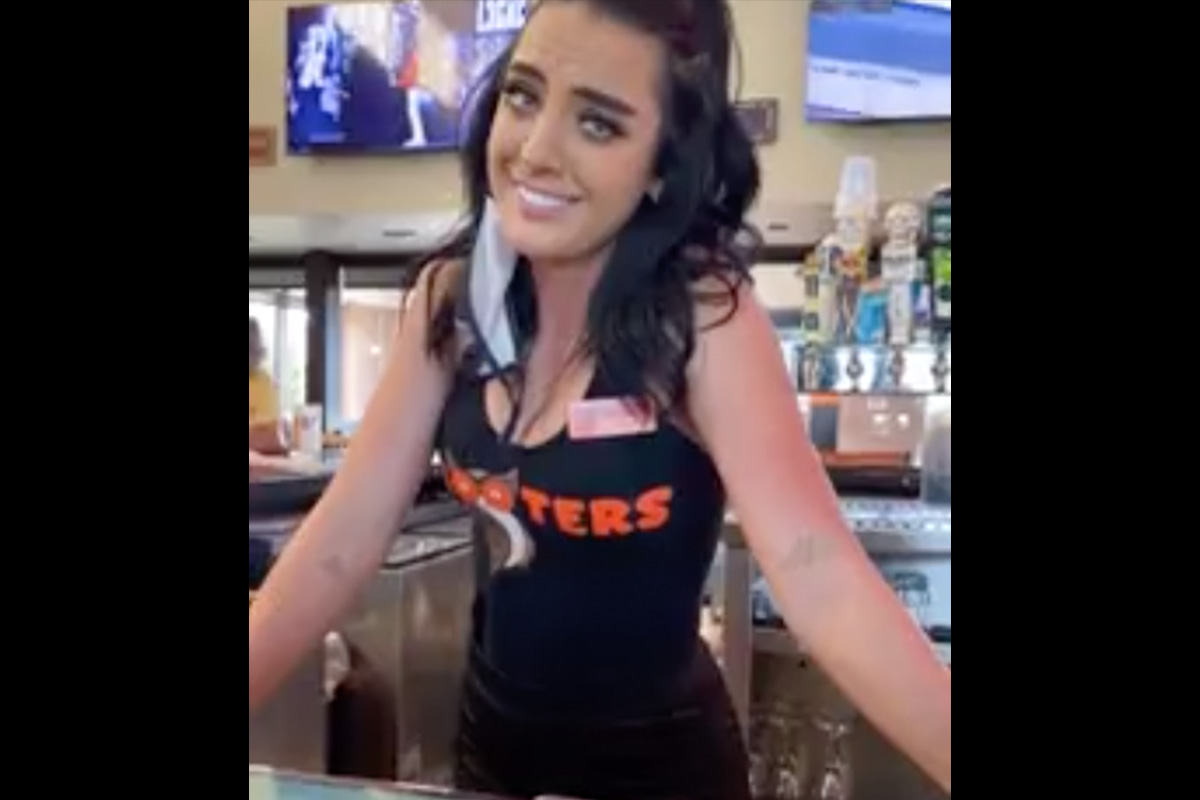 A wing enthusiast and pick up artist took a break from watching football games or UFC fights (or whatever) at America’s favorite wing spot to drop an all-time pickup line on a Hooters bartender that left the woman, if not interested, at least entertained.

This Hooters Girl is Never Going to Forget This Line

The video comes from the TikTok of Big Daddy Vinnie so… pretty much exactly who you’d expect to be making content with unsuspecting Hooters waitresses. Definitely the type of guy you’d expect to die in an airboat accident while filming a bit in Florida.

That said, I have nothing but respect for this move. Vinnie went all-in with that line. Did it work? It doesn’t appear he pulled a Hooters girl with it but it probably got a conversation going. If nothing else he’s memorable. She’s going to tell many a co-worker about that exchange.

In other words, don’t be a creep. Or, if you’re going to be a creep, at least tip well. Or be good looking? Mostly just tip well.

At the end of the day, though, if you like Hooters and eat there you know the waitresses are definitely more fun and casual with the customers than your average restaurant so why not drop a not-actually-serious pickup line if it’s going to get an “lol” out of them. They kind of have to act like they’re having fun one way or the other, might as well make it easy by entertaining them. (Although there are other ways than dropping hilariously shitty pickup lines to entertain people, it should be noted.)

Either way, this was some excellent work on Big Daddy Vinnie’s part. Even if it’s all potentially fake. (But, as always, I like to believe that everything is real and magic exists. I’m a sucker.)