Conan O’Brien crashed and burned when he attempted to seduce the way-out-of-his-league Kate Upton on this episode of his popular “Clueless Gamer” segment.

At the beginning of the segment, O’Brien treated Upton to a romantic dinner that included champagne and a violinist. The host assured his guest that he had wined and dined all of his previous “Clueless Gamer” guests, and after a fairly awkward few minutes, the two clueless gamers moved on to some clueless gaming, playing the Xbox game “Cuphead.”

“I decided to team up with someone who I consider a friend, a partner, someone would even say a soulmate,” O’Brien said, although Upton was clearly perturbed by the “soulmate” part.

Things remained awkward when O’Brien attempted to make his game character fondle Upton’s. “There’s a lot happening right now, sort of like in the throes of passion, when you just let yourself go. Whatever happens, happens,” he said.

Upton was on the show to promote her movie “The Layover,” for which you can see the trailer here. 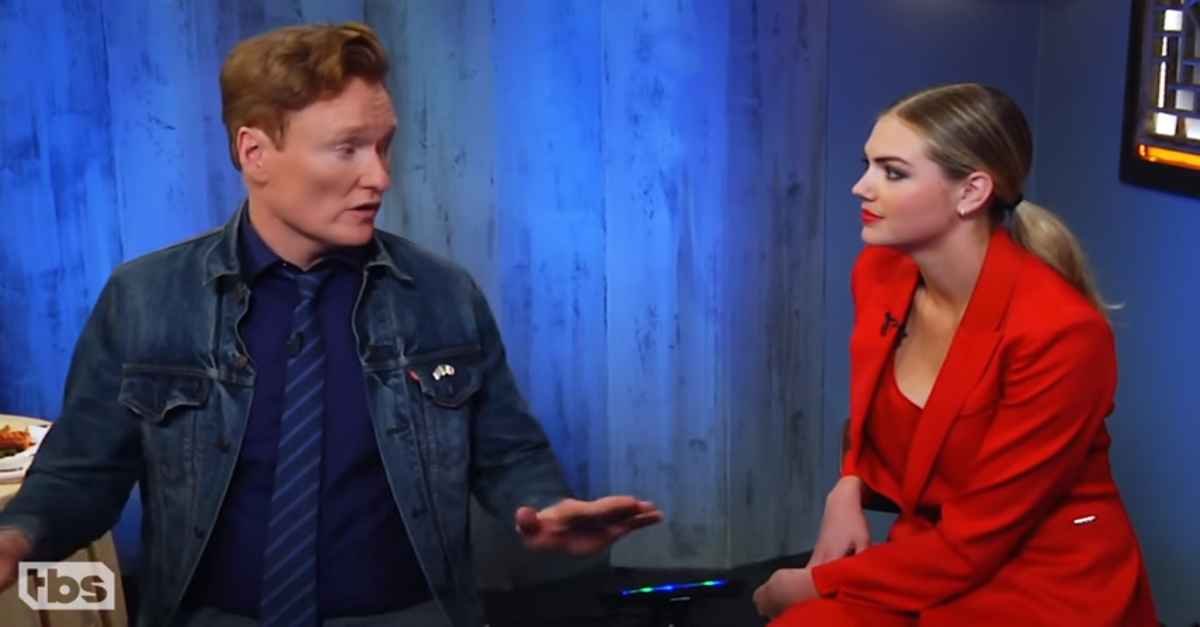