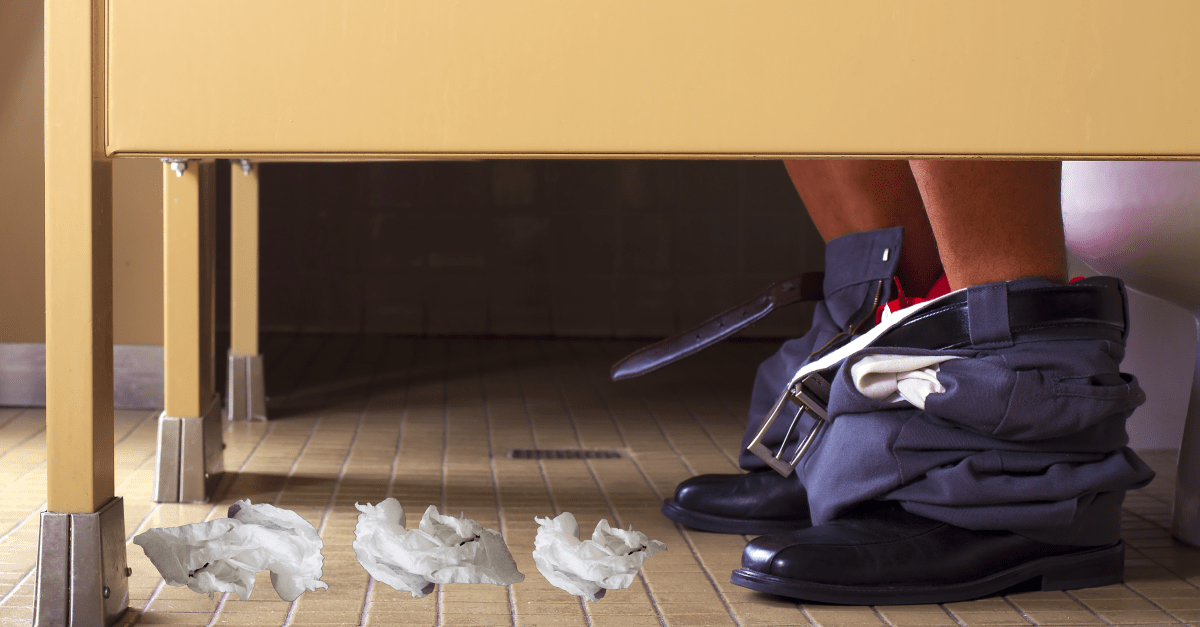 In January 2016 the man in question — whose name was not given — was spotted in a bathroom stall at work on several occasions, by multiple coworkers, “breathing heavily, making erratic movements and moaning.” The employee was confronted by work about the incidents and was told that if whatever was happening was medical in nature he should inform the company immediately. The employee was basically like, “Oh I don’t know what you’re talking about but yeah sure if I have any problems I’ll let you know.”

The man was straight up moaning in the bathroom. Was he drunk too? Did he finally qualify for a pension and cease to give any more fucks (except to himself)? Who knows.

The case went to arbitration and the employer won, because the bar to clear for justifying jacking off at work is higher than the Goddamn moon.

This story was originally published August 15, 2019.