Donald Trump’s Cabinet nominees have had some controversial confirmation hearings, to say the least. Betsy DeVos, Trump’s pick for Secretary of Education, stirred controversy during her hearing when she said that some schools might need guns on the premises to fend off grizzly bears. Her reasoning was widely doubted in the media, but Stephen Colbert and “The Late Show” have now provided video evidence of the harmful effects bears have on American classrooms.

The grainy security footage of a guy in a bear suit blowing spitballs, stuffing kids in lockers and giving out wedgies is comedy gold. Most notable is the bear-suited actor’s mastery of body language. Even without language or facial expression, you can tell this bear enjoys its cruel exploits.

Protect our kids. Keep bullying grizzlies out of the classroom. 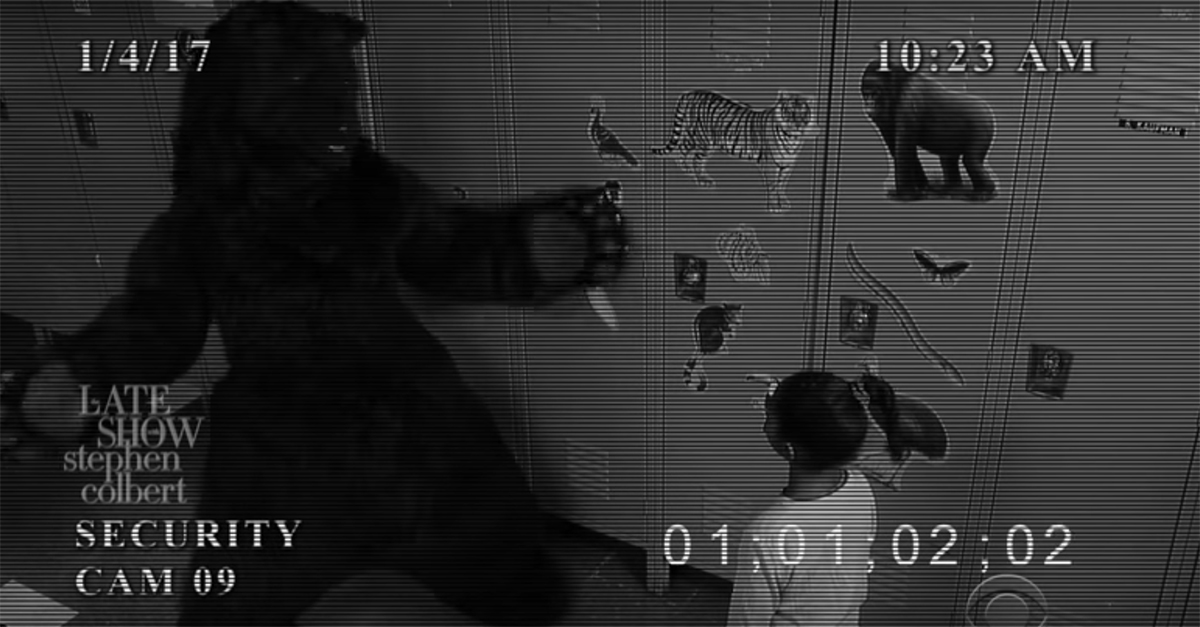