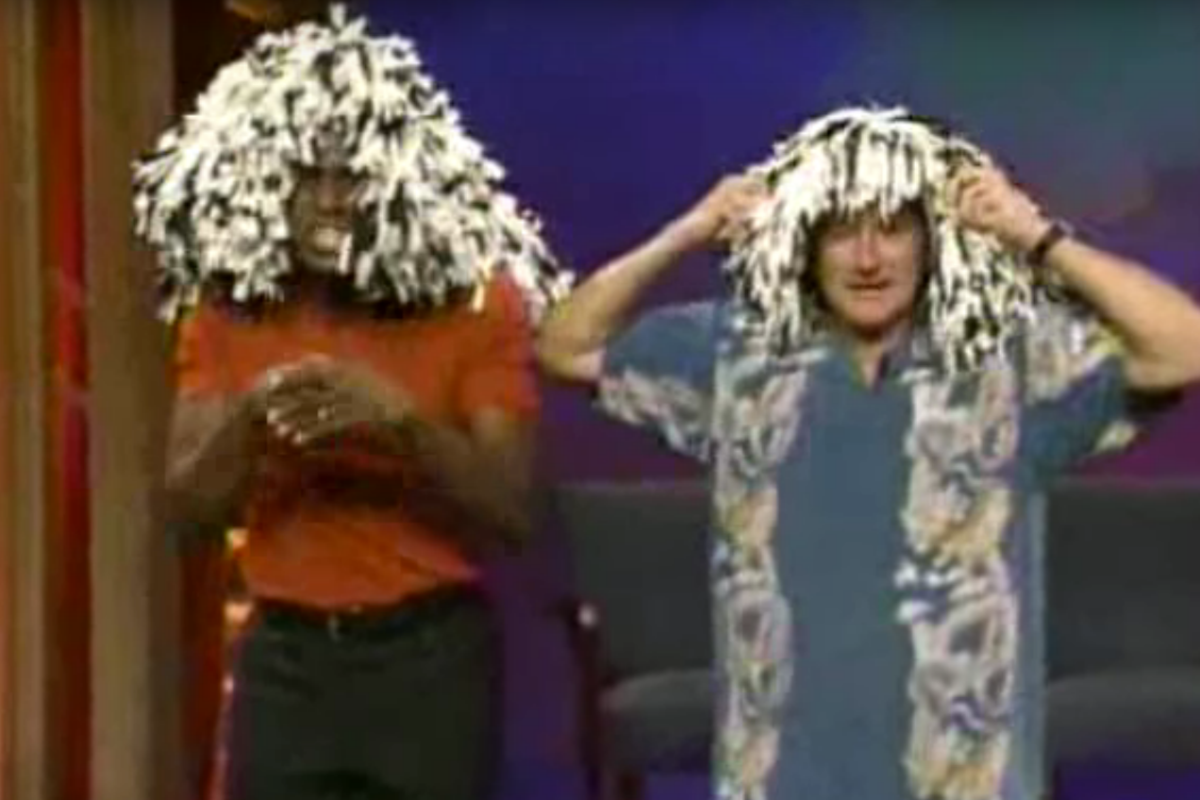 “Whose Line is it Anyway?” was one of the best and funniest shows on television for a long time. Hosted by Drew Carey, it featured the comedic stylings of Colin Mochrie, Ryan Stiles and Wayne Brady as well as a fourth guest comedian they would bring on each week. This particular episode featured Robin Williams and he did not disappoint.

In the last segment of the show, the guys played a game called “Props” and each group of two — Wayne and Robin and Colin and Drew in this case — was given one prop to work with. Each team had to come up with as many funny things to do with the prop they were given and Williams’ squad was given two fuzzy carpets.

Brady and Williams had some pretty good ideas with a foul-mouthed cheerleader, a Cruella de Vil impression, a car wash and two random dancing dudes. They definitely beat out Stiles and Carey this round.