“He’s an eye in the sky, bringing swift judgment.”

If you think about it, the concept of Santa Claus is pretty creepy. Sure, he delivers presents to children, but only after spending the whole year observing their every action and deciding whether a child has been naughty or nice. From whence does Santa’s authority come? Who made him the arbiter of Christmas morality?

RELATED: When these kids made a mess, their dad left a note that would make Liam Neeson proud

The underlying creepiness of Santa really comes to the surface with this “Late Show” video of Liam Neeson auditioning for the role of Santa. Channeling his character from “Taken,” Neeson promises children that he sees them when they’re sleeping, and he knows when they’re awake.

We definitely don’t want to end up on Neeson’s naughty list. 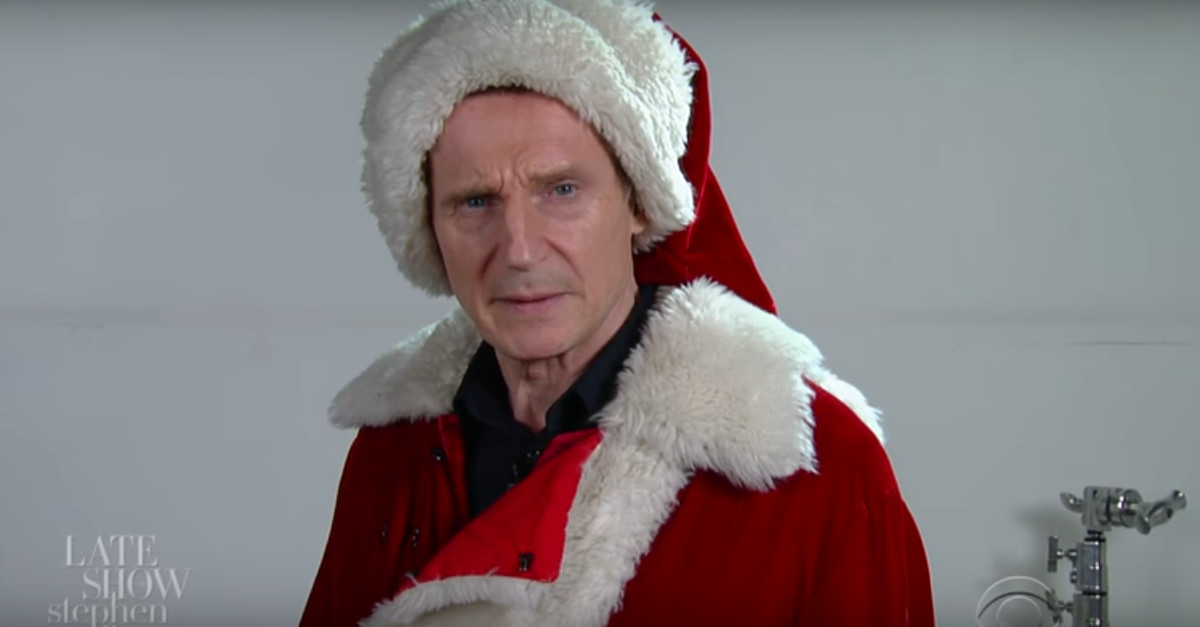