Wrestlers are often underrated performers with all that they have to deal with. Sure, the wrestling isn’t “real,” but it is still a pretty grueling physical performance that they have to put on and often improvise with.

And, of course, sometimes that have to put on comedic bits and not everyone can handle the improvised bit of comedy.

RELATED: Bill Burr makes fun of one of the most shockingly real wrestling matches of all time

That is exactly what happened here, as wrestler R-Truth came out for a promo ahead of the 2015 Money in the Bank match. Truth, a comedic character, comes out all serious, talking about all he’s going to do to win the Money in the Bank.

The kicker, though? R-Truth wasn’t in the match.

It almost looks like Dolph Ziggler and Roman Reigns, the two wrestlers in the ring, weren’t in on the bit, because they completely bust out in laughter.

This one’s on Truth, guys. His bad.

RELATED: This is either the dumbest or greatest wrestling video ever and we’ll let you be the judge 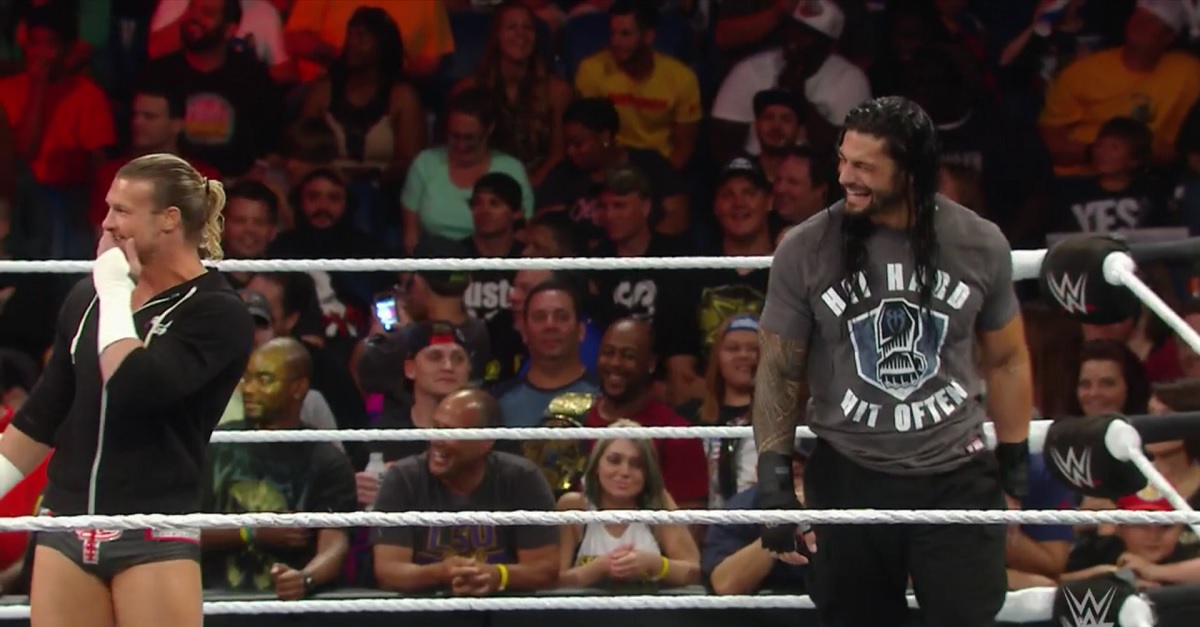