If you think your dad is the most annoying man on the planet you needn’t worry any longer — you are not alone! The planet is full of embarrassing dads, as this hysterical AFV compilation video proves.

Dad gaffes are rampant, and fortunately for some, there’s usually not someone with a camera waiting to catch them in the act of humiliating their darling offspring.

But that certainly wasn’t the case for the dads in this video.

RELATED: This sleeping dad was given the rude awakening of a lifetime by his girlfriend’s hilarious prank

Whether it’s dressing up in silly costumes, or trying and failing to pull off a basic skateboard trick — between them, these dads have all methods of humiliation covered.

They might be embarrassing oafs, but what would we do without them?

If you’re not estranged from your own dad, let him know you appreciate him on June 18th! 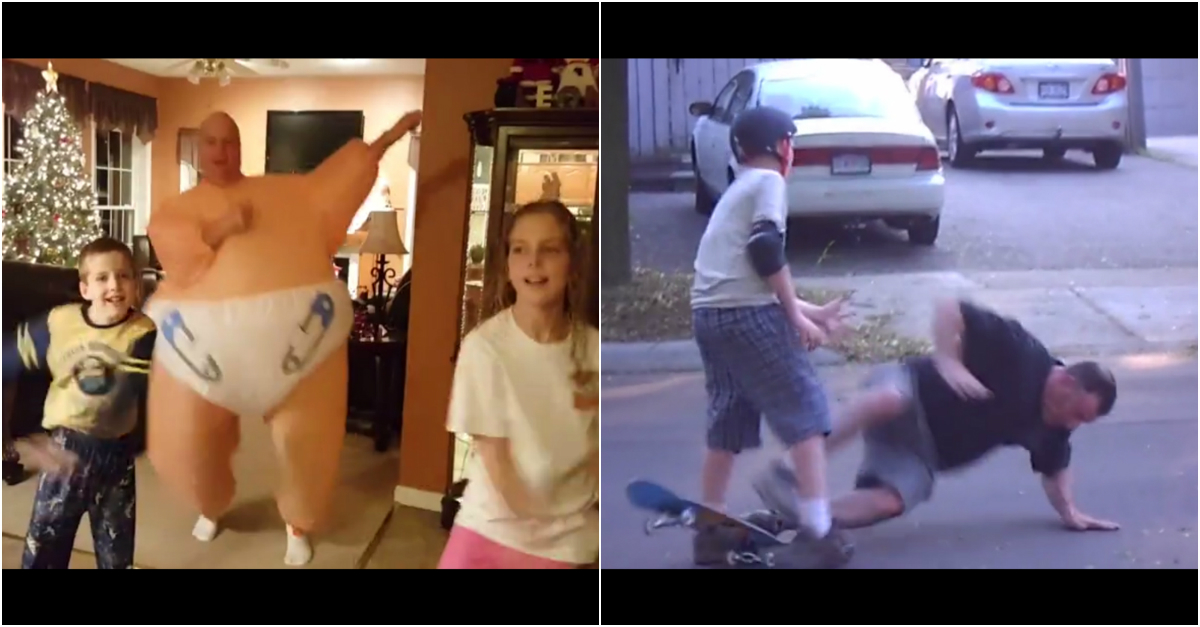