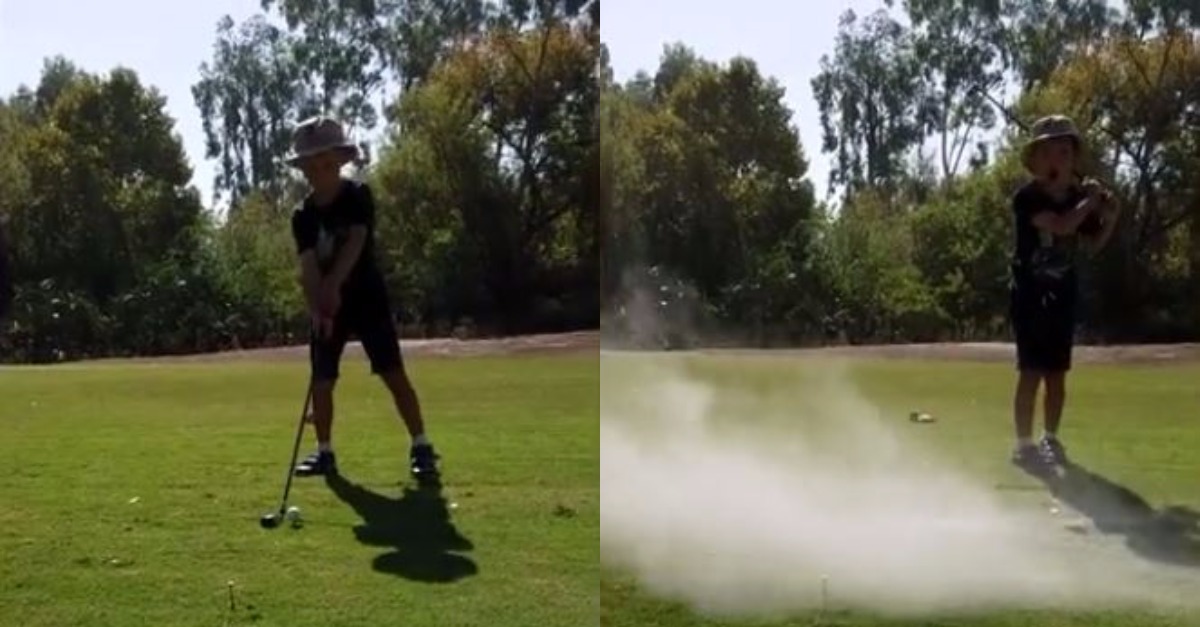 Golf can be a difficult to get the hang of, and this dad decided to make it even more challenging by playing a prank on his son while they were at the golf course.

RELATED: This dad pulls off an explosive golf prank on his unsuspecting son

In the video, his son approaches the tee but is unaware that the golf ball he is about to hit isn’t a traditional one, but rather an exploding one that his dad put there. When the boy makes contact with the ball, it explodes into a cloud of white dust.

“What the hell?” the stunned son says as his dad laughs.

“That was an exploding ball!” his dad says. “I played a trick on you!”

The video ends with the boy repeating his original question, left completely shocked at the magnitude of the prank his father put him through.