Two friends got stuck on an elevator for at least an hour and a half in New Orleans, according to a YouTube video shared by TheProjectarnold.

The video is titled “Shitty Elevator Ride,” and that pretty much says it all.

At first, when the guy is explaining the situation, it seems as though nothing is really happening.

But then you find yourself asking, “why is he covering his face and nose?”

And then you realize.

His friend shit himself on the elevator. And before long, the camera turns to him and you can see the disaster that lays all over the elevator floor.

But just think, he could have pooped his pants in his car. 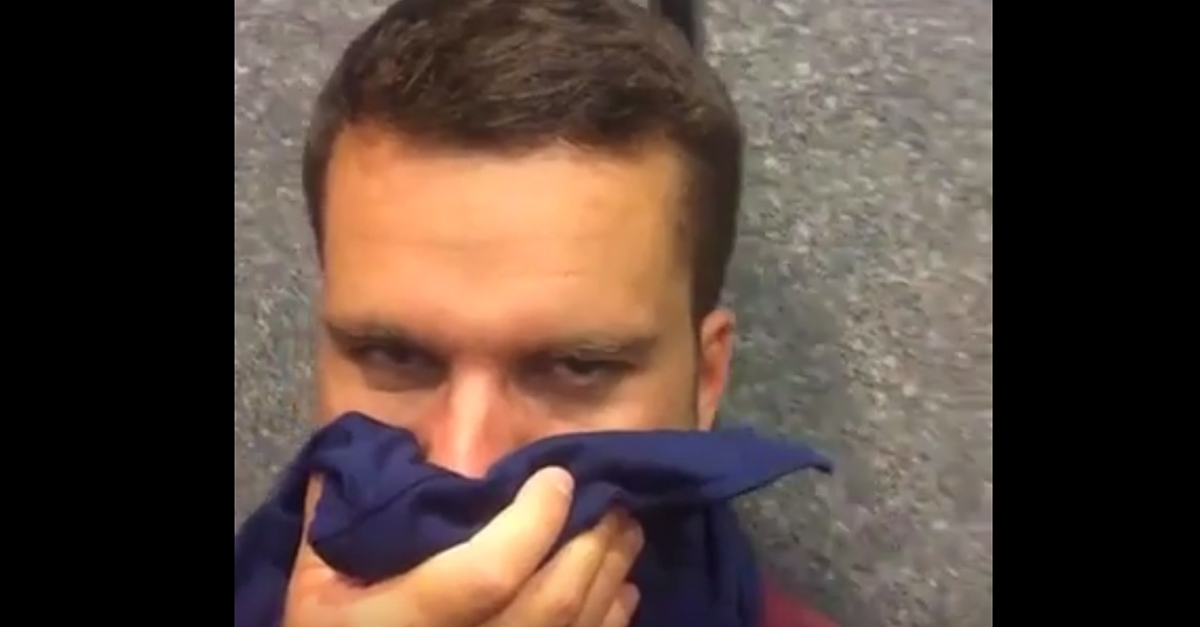