For the last four years YouTubers “isthishowyougoviral” have made a name for themselves by mashing together children’s cartoons and TV shows with gangster rap.

Many of the videos on ishowyougoviral’s page have done just that, and have amassed millions of YouTube views in the process.

In recent months, the page has had success posting videos involving Sesame Street, specifically when the videos are edited to make it look like the characters are rapping along to songs like “Regulate” by Warren G and “Tha Crossroads” by Bone Thugs-n-Harmony.

RELATED: You never knew that you needed to see Kermit and Fozzy Bear rap an N.W.A. song — but you really do

This week, the YouTubers released their latest mash up that shows Barney rapping along to The Notorious B.I.G’s 1994 hit, “Big Poppa.”

Less than 48 hours after it was first posted the video has already grown quite popular.

“Knew Barney was up to sum G Shit,” one YouTuber writes in the video’s comments section.
“What a time to be alive,” another added. 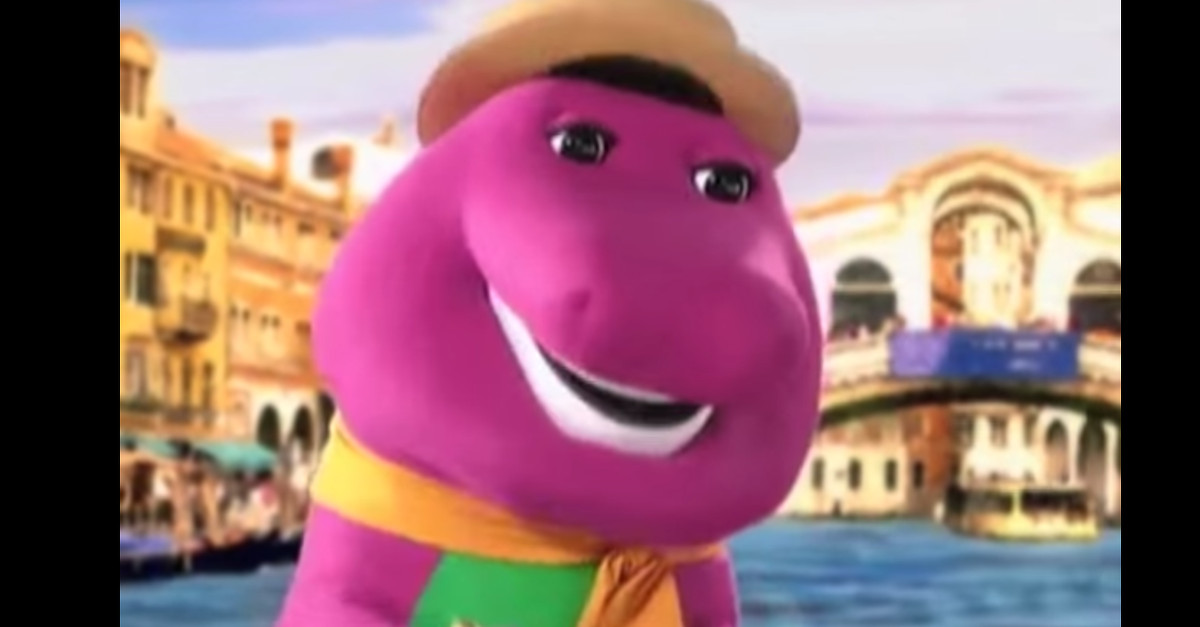