Never put it past Will Ferrell to show up in character for an interview.

From an interview a long time ago when Conan O’Brien was still on the “Late Show”, Ferrell showed up and performed the entire interview as Robert Goulet. he’s not the real Goulet, we promise you, but of course, that has never stopped Will Ferrell before.

The interview opens up with “Goulet” rapping along to Notorious BIG’s “Poppa,” which is about as awkward as you can imagine.

RELATED: Watch a young Will Ferrell battle an over-enthusiastic Jim Carrey in this hilarious SNL throwback

This is followed up by Ferrell coming out on stage in the full Goulet get-up, cigarette and drink in tow. Ferrell does his best to impersonate the now deceased singer/actor, and yes, that includes getting up, taking a mic, and doing his best to sing as well.

He gets through it pretty well, although he does crack some laughs during his effort. Overall, though, it’s a good clip to show the effort that Ferrell will sometimes take to commit to one character. 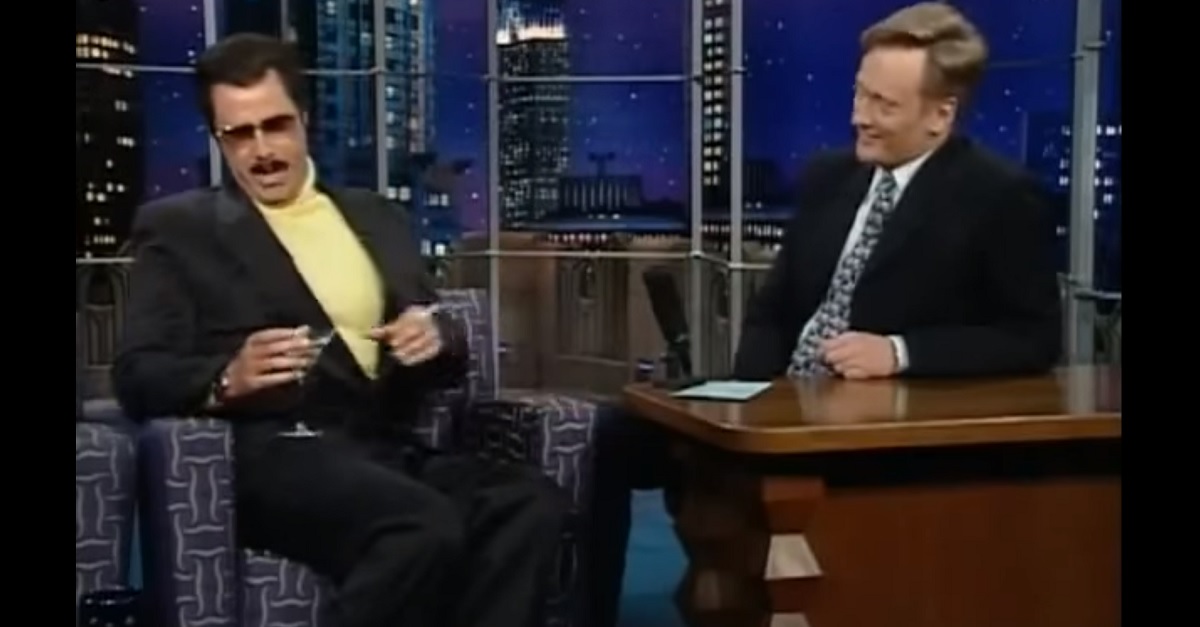