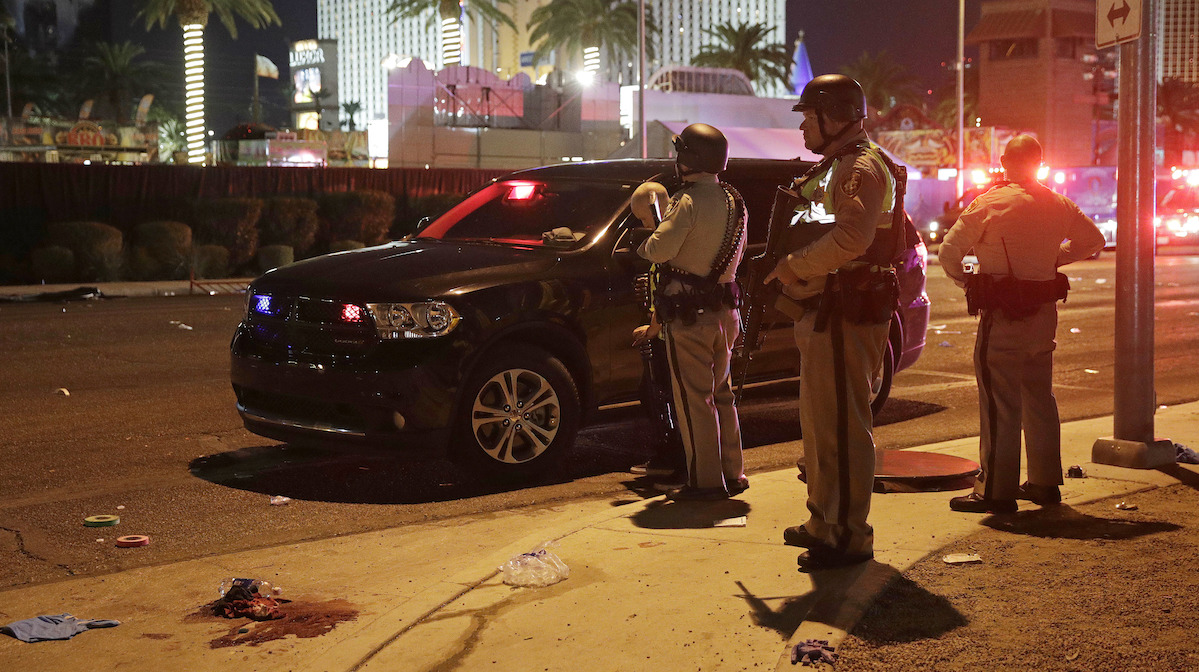 Offers of condolences flowed as Americans woke up Oct. 2 to the news of a rising death toll in Las Vegas — the worst mass shooting in U.S. history.

Heartbroken by the scene our nation is waking up to this morning. No person should endure the horror Las Vegas experienced last night.

In a just a matter of minutes, one man killed at least 50 people. Another 200 were injured. This is a grave tragedy for our nation.

My heart is with the victims, their families and friends, and the law enforcement officers who risked their lives to save others.

Giffords herself is a victim of gun violence, shot in the head in January 2011 by a lone gunman who killed six people and wounded 18 others in an attack on a meet-and-greet for the congresswoman in a supermarket parking lot. She has since become an advocate for anti-gun violence causes but stopped short of taking the debate in that direction Monday morning, as did others, including the president.

Nevada Gov. Brian Sandoval (R ) called the shooting “tragic & heinous” but did not veer into politics.

A tragic & heinous act of violence has shaken the #Nevada family. Our prayers are w/ the victims & all affected by this act of cowardice.

At least 50 people were killed and more than 400 injured in the attack by a lone gunman, with what appeared to be a fully automatic weapon at an outdoor country-music concert on the Vegas strip, police said.