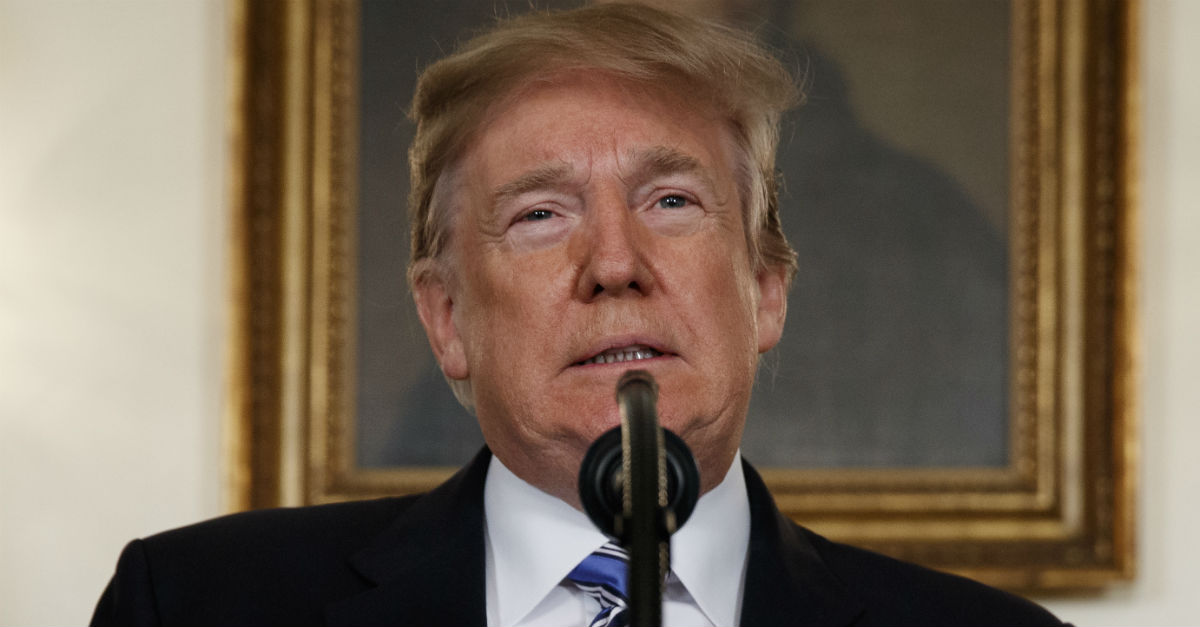 On Thursday, President Trump appeared before the nation in the wake of a horrific school shooting in Parkland, Florida.

The president began by saying solemnly, “My fellow Americans, today I speak to a nation in grief. Our entire nation with one heavy heart is praying for the victims and their families. To every parent, teacher and child who is hurting so badly, we are here for you — whatever you need, whatever we can do, to ease your pain. We are all joined together as one American family, and your suffering is our burden also.”

He went on to say, “No child, no teacher, should ever be in danger in an American school. No parent should ever have to fear for their sons and daughters when they kiss them goodbye in the morning.” Later, he asked the nation to “answer hate with love.”

“And so always, but especially today, let us hold our loved ones close.” –President Trump pic.twitter.com/hajtm2ANAo

The alleged shooter, Nikolas Cruz, was identified as a troubled individual, and some of his classmates even recalled predicting that he might become violent. His social media profiles reportedly included several photos of him with weapons.

The president also said that his administration is working with state and local leaders to “tackle the difficult issue of mental health.” He added, “It is not enough to simply take action that makes us feel like we are making a difference. We must actually make a difference.”

On Thursday morning, Trump tweeted that there were “so many signs that the Florida shooter was mentally disturbed.”

So many signs that the Florida shooter was mentally disturbed, even expelled from school for bad and erratic behavior. Neighbors and classmates knew he was a big problem. Must always report such instances to authorities, again and again!

The president’s tenure has been marred by the mass shootings that have taken place while he’s been in office. Three of the 10 deadliest mass shootings in modern U.S. history have occurred since Trump has been in office. The deadliest killing occurred last October in Las Vegas, where Stephen Paddock killed 58 people. Only a month later, in November, 26 people were killed in a church shooting in Sutherland Springs, Texas.

RELATED: FBI may have known months in advance that Florida shooting suspect had plans to be a “professional school shooter”