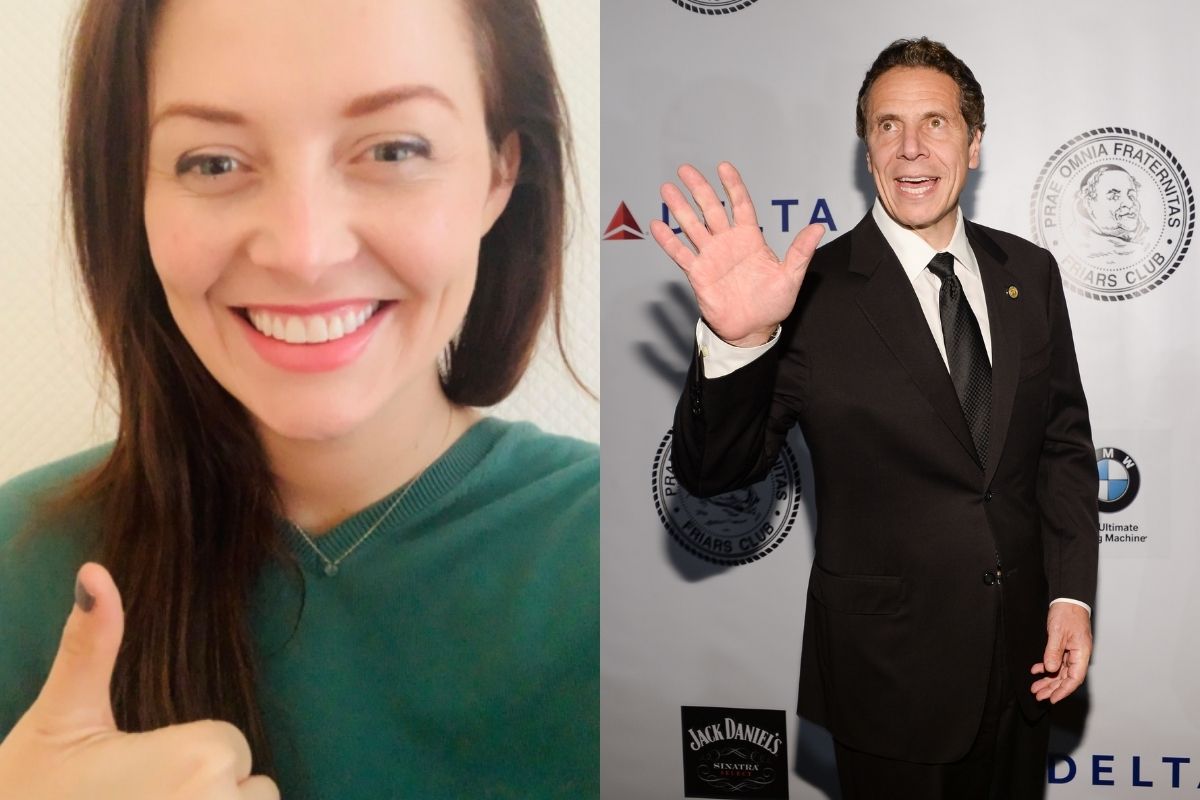 Editor’s note: This article was originally published on December 14, 2020. It was updated after Lindsey Boylan decided to open up and expand on her experience for the first time.

It’s been two months since Democratic New York Gov. Andrew Cuomo was accused of sexual harassment by his former aide, Lindsey Boylan. But now, Boylan has decided to elaborate more about what happened, detailing his mistreatment of her, which includes kissing her after a meeting. She posted the full story on Medium on Wednesday, but Cuomo and his other aides have not hesitated to deny her allegations.

Boylan’s lengthy explanation of what she alleges happened, mentions a “crude comment” she claims Cuomo made about playing strip poker during an October 2017 flight on his government plane. She wrote, “He was seated facing me, so close our knees almost touched. His press aide was to my right and a state trooper behind us. ‘That’s exactly what I was thinking,’ I responded sarcastically and awkwardly. I tried to play it cool. But in that moment, I realized just how acquiescent I had become.”

However, four other people from Cuomo’s office who were on that flight, John Maggiore, Howard Zemsky, Dani Lever, and Abbey Fashouer Collins, denied the existence of that conversation in a statement to PEOPLE Magazine that said, “We were on each of these October flights and this conversation did not happen,” and the governor’s office provided proof that all of Boylan was never alone with Cuomo during Cuomo’s flights in 2017.

Boylan had decided to tell the full length of her story after she said another former staffer told her “that she, too, had been the subject of the Governor’s workplace harassment,” she added, “Her story mirrored my own. Seeing his name floated as a potential candidate for U.S. Attorney General — the highest law enforcement official in the land — set me off.”

Boylan continued illustrating how Cuomo made her uncomfortable by detailing how his crude behavior around women included talking about their weight or ridiculing their romantic partners, how he “would go out of his way to touch [her] on [her] lower back, arms, and legs,” and when he allegedly kissed her on the lips when she left a meeting. She also wrote about when her boss, “informed [her] that the Governor had a ‘crush’ on [her],” after she and Cuomo met in January 2016. In her post, there are screenshots of emails and text messages.

Boylan articulated much more in her post, not shying away from any details. And as much as Cuomo and his office denies the accusations, Boylan’s story has resurfaced in the midst of the mess that is going on with the NYC governor’s office and how they’ve been handling the coronavirus pandemic and distributing COVID-19 vaccines to New Yorkers.

Politics continues to remain as messy as it has always been, as more sexual allegations come to light. Lindsey Boylan, the former aide to 63-year-old third-term Democrat and New York Governor Andrew Cuomo, took to Twitter to reveal that she was “sexually harassed” by her ex-boss because of her looks. However, controversies were stirred up even more than they normally are because she refuses to share any more information.

Boylan was originally Gov. Cuomo’s former deputy secretary for economic development and a special adviser from March 2015- October 2018, per her LinkedIn profile. However, she had suddenly resigned after a review of her workplace behavior and conduct, which actually included accusations of harassment.

Yes, @NYGovCuomo sexually harassed me for years. Many saw it, and watched.

I could never anticipate what to expect: would I be grilled on my work (which was very good) or harassed about my looks. Or would it be both in the same conversation? This was the way for years.

According to the New York Post, an internal memo first stated that three Black staffers accused Boylan of “being a bully who treats them like children,” and other workplace misconduct allegations which included travel expenses totaling up to $8,000 before reconciliation and telling a subordinate she would accept her resignation without consulting human resources. After a confrontation with her higher-ups, Boylan eventually resigned from her position

However, according to a third memo, Boylan requested her job back but then decided to just move on. And now she is campaigning to be Manhattan borough president in 2021.

Boylan’s accusations also include that the Cuomo administration was the “most toxic team environment” to work for and continued to tweet that she knows she’s not the only person who has experienced what she has in the governor’s office. She said, “Not knowing what to expect what’s the most upsetting part aside from knowing that no one would do a damn thing even when they saw it. No one. And I *know* I am not the only woman.”

In response to Boylan, the New York governor’s press secretary, Caitlin Girouard said, “There is simply no truth to these claims,” while Boylan continued to attempt to rally other influential female celebrities in referencing musician FKA twigs and the sexual abuse accusations against her ex-boyfriend, Shia LaBeouf. And according to the Associated Press, as President-elect Joe Biden considered Gov. Cuomo for attorney general, Boylan had asked that he reconsider.

There are fewer things more scary than giving this man, who exists without ethics, even more control.

I saw how he wielded power for years. He takes advantage of people, including me.