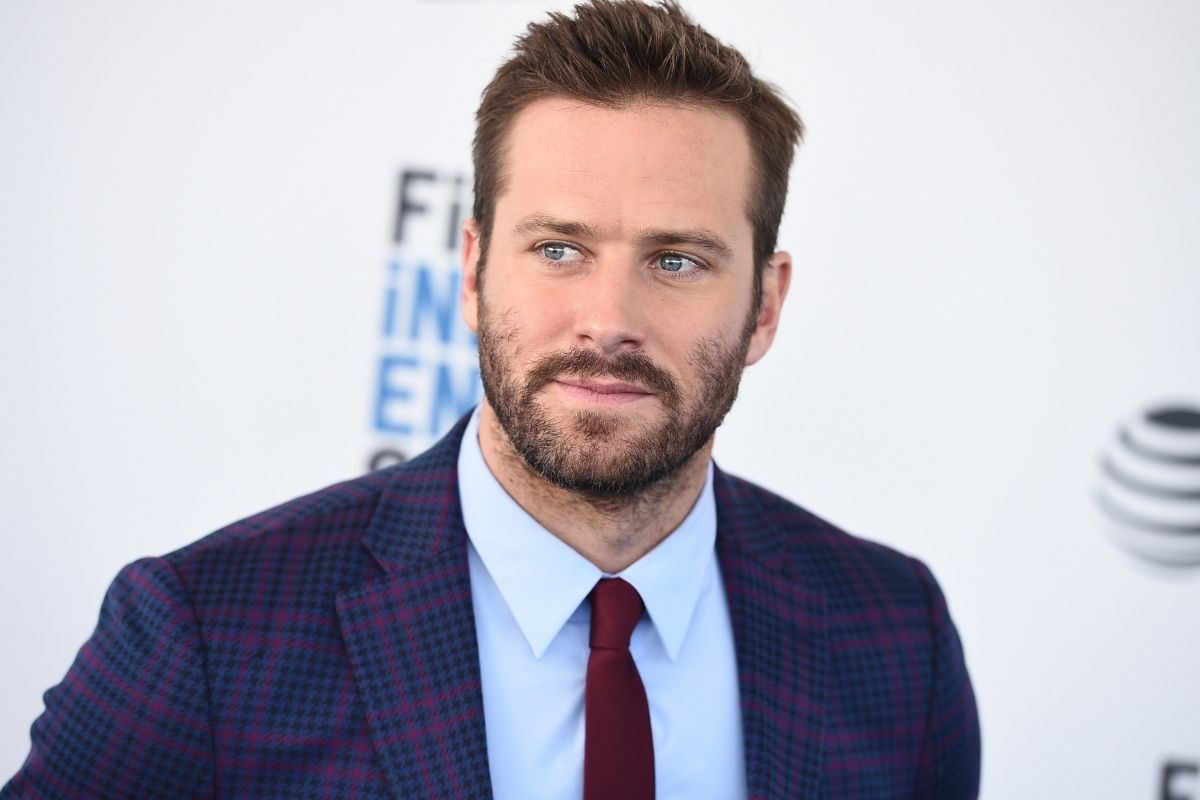 Armie Hammer has been a familiar face since his turn as the Winklevoss twins in The Social Network in 2010. But it was his starring role alongside Timothee Chalamet in the 2017 romance Call Me By Your Name that cemented Hammer’s status as a Hollywood favorite. The tall, handsome actor seemed just as charming off-screen… until a firestorm of controversy last week left fans (or should we say former fans?) questioning whether the leading man is actually… a cannibal.

Looking into the actor Armie Hammer’s family history reveals a fascinating backdrop for the lurid details that have come to light. The Hammer family is the picture of privilege. Armie Hammer’s great-grandfather, who emigrated to Los Angeles from Russia, founded Occidental Petroleum and became an oil tycoon worth more than a billion dollars. That wealth has only grown over generations. Armie Hammer’s father is also a noted businessman and raised his children in the paradise of the Cayman Islands. However, a resurfaced tweet by Hammer has cast a dark light on those seemingly ideal circumstances. The now-deleted post reportedly read: “I woke up sound 5 am this morning to my mom pouring oil on my head and praying very loudly in tongues while standing over my bed so she could get the ‘demons out’ of me.”

Armie Hammer married TV personality Elizabeth Chambers in 2010 and they share two young children, Ford Doug and Harper Grace. After quarantining together during the Covid pandemic in the Cayman Islands, it was announced on July 10, 2020, that the couple was separating. The shocking reasons why — including Hammer’s apparently rampant infidelity — would not surface for many months.

A Timeline of the Armie Hammer “Cannibal” Scandal

I was looking through the trending subjects and came across Armie Hammer. I will not be looking again for the rest of the day.

On January 10, 2021, the Instagram account Houseofeffie began posting alleged screenshots from private DMs between the actor Armie Hammer and various ex-girlfriends and sexual partners. But these leaks hinted at a lot more than just adultery. Although Hammer has denied their authenticity, the BDSM-themed direct messages include disturbing references to fantasies that are straight-up cannibalistic. Some stand-out quotes: “I need to drink your blood. Why the distance?” and “If I wanted to cut off one of your toes and keep it with me in my pocket so I always had a piece of you in my possession?”

The initial Instagram posts were met with confusion and disbelief. Armie Hammer has denied the authenticity of the screenshots, calling them “bull****.” But he did pull out of Shotgun Wedding, the hyped-up rom-com in which Hammer would have co-starred with Jennifer Lopez. It didn’t take long for other women to come forward, describing similar patterns of behavior during their own interactions with Hammer.

Multiple victims of Armie Hammer came out saying he used his fame to manipulate em to have sex, calling em "kitties" and drink their BLOOD, now WHAT IN HANNIBAL LECTER??? pic.twitter.com/LWxgZdXC4t

The writer Jessica Ciencin Henriquez, ex-wife of Josh Lucas, was romantically linked to Hammer last year. She tweeted: “If you are still questioning whether or not those Armie Hammer DMs are real (and they are) maybe you should start questioning why we live in a culture willing to give abusers the benefit of the doubt instead of victims.” On Instagram, she shared the telling message: “It takes an army to hide a predator.”

As the topic continues trending, more of Armie Hammer’s exes are stepping forward. New sets of DMs were sent to, and reposted by, Houseofeffie. ?I am 100% a cannibal. I want to eat you,? one of them reads. Hammer’s ex Courtney Vucekovich spoke candidly to Page Six about Hammer’s supposed cannibalism fetish. She said: ?He said to me he wants to break my rib and barbecue and eat it… He says, ‘I want to take a bite out of you.’ If I had a little cut on my hand, he’d like to suck it or lick it.” Following the end of their relationship, Vucekovich was voluntarily hospitalized for PTSD and trauma. With the onslaught of NSFW content, questions of consent have naturally arisen regarding Hammer’s presumably violent behavior. But details regarding physical abuse during sex acts remain unclear. However, a source close to Hammer’s ex-wife Elizabeth Chambers has confirmed that Chambers is “shocked and sickened” by the allegations and “believes” the women coming forward.

Additionally, the discovery of Armie Hammer’s (alleged) private Instagram account (otherwise known as a “finsta”) has been damning. The creepy social media find features lingerie bondage videos and selfies with some pretty incriminating captions, including “Divorce is fun. But not as fun as Drugs.” It looks like alcohol and drugs certainly play a role in this developing story. An insider from the Ruth Bader Ginsberg biopic On the Basis of Sex, which Hammer starred in as Ginsburg’s husband, described watching the actor desperately chug vodka prior to his (seemingly) pleasant press interviews.

The degree to which all claims about Armie Hammer’s sexual appetite are true is yet to be determined. But regardless, his booming career has taken a dark turn. This scandal seems impossible to recover from. The admin of Houseofeffie, who remains anonymous, has shared that she personally continued an affair with Hammer for four years and implied that there is a lot more deranged material left to share. Aside from his official statement about stepping down from Shotgun Wedding, Hammer is remaining silent. Looks like the kink-obsessed 34-year-old playboy will have to rely on his family money after all.

WATCH: Man Accused of Killing Ex-Girlfriend and Eating Parts of Her Heart and Brain