Remember when Sylvester Stallone and J.Lo Were Talking Ants? 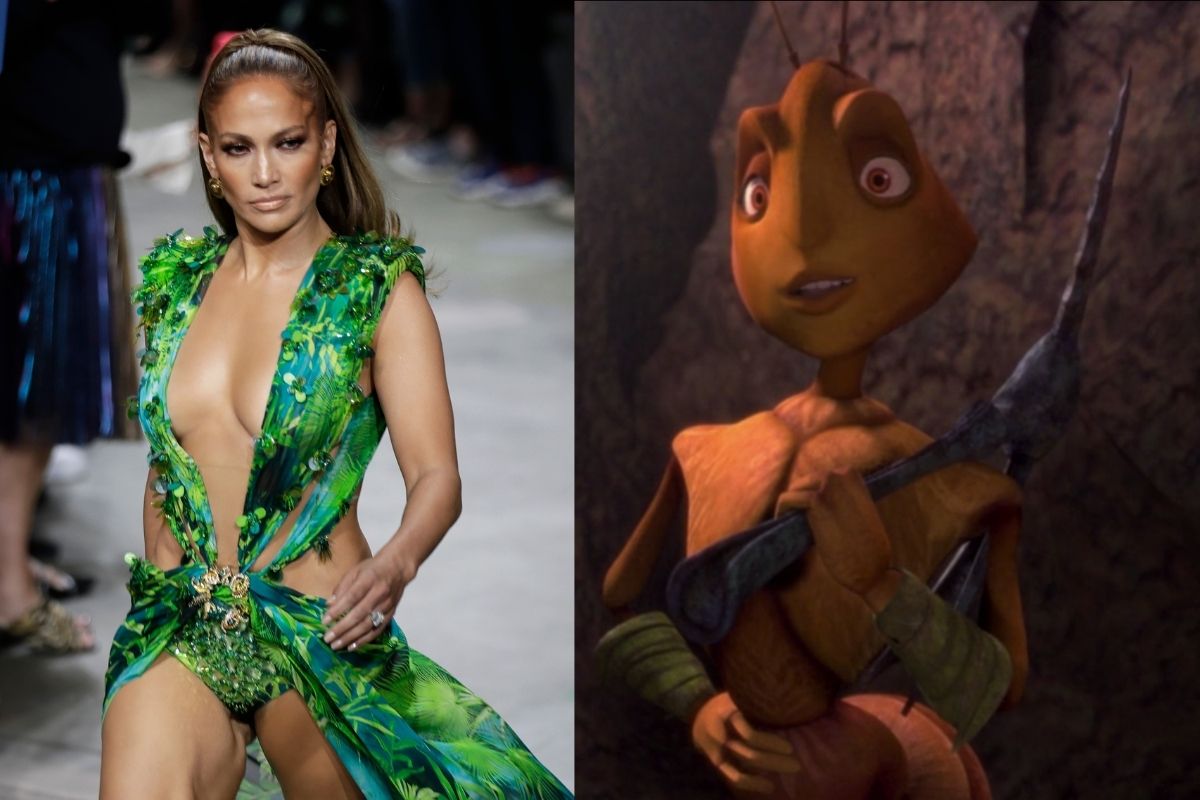 Antz is weird. The 1998 DreamWorks animation hits all the early beats of a typical Woody Allen film: protagonist Z reclines on a psychiatrist’s couch, lamenting how that he feels “insignificant” in the opening scene. The voice is unmistakably Allen’s, stuttering out thick Brooklyn inflections. Except Z is not your average guy, beaten down by urban stress. Z is an ant. And in place of New York City is a vibrant ant colony, full of “workers” and “soldiers” scurrying about in mechanized patterns of labor. (Z’s lounging therapy couch turns out to be a folded leaf.)

Things take a turn when Z falls for someone out of his league: the colony’s beautiful princess Bala, voiced by Sharon Stone. Antz’s alternative tag line sums up the premise pretty well: “Your average boy-meets-girl, boy-likes-girl, boy-changes-the-underlying-social-order story.” So what’s the creative juice behind this unusual children’s cartoon?

Antz always gets compared to A Bug’s Life. And it’s obvious why: both animated films follow the hero’s journey of a misunderstood ant. Antz is also widely accused of ripping of A Bug’s Life, as the latter is (arguably) more well-known. But the truth is that both movies premiered the same year, in 1998, with Antz hitting theaters first. While Antz was in production, a public feud erupted between DreamWorks co-founder Jeffrey Katzenberg and Pixar directors John Lasseter and Steve Jobs. Pixar had a long-term project, primitively titled Bugs, in the works before Katzenberg, a former Disney head, started on Antz at his new breakaway company. As the first-ever feature DreamWorks animation (and the third film fully completed with computer animation, following Toy Story and Cassiopeia), there was no doubt that Antz would set the tone for this emerging, rival animation studio.

But “twin films” — similar movies released by competitors at the same time — are nothing new in Hollywood. Competition drives success. And regardless of whether Jeffrey Katzenberg stole the idea, Antz is the superior ant film. Though it didn’t make quite the box office impression of its Pixar counterpart, Antz established DreamWorks Pictures as a reliable and edgy animation heavy hitter. (Three years later, Shrek would confirm this.) Not to mention Antz’s profanity-laced, class warfare script by Todd Alcott, Chris Weitz, and Paul Weitz provided great material for a fantastic slate of performers. You can’t deny the overwhelming celebrity appeal of Antz with expressive talents like Sylvester Stallone, Jennifer Lopez, and Christopher Walken… just to name a few. While A Bug’s Life also boasted a few big names, Antz utilized the full personas of a frankly more interesting and diverse cast.

The Adult That Voices Define Animation

As explained in “How Aladdin Changed Animation,” Robin Williams’ turn as the Genie in Disney’s Aladdin forever changed the face (or rather, voice) of childrens’ cartoons. The role was written specifically for Williams, and it shows; the Genie’s fast-talking charisma couldn’t have worked with anyone else. That miraculous, innovative fusion between culture and cartoon was reflected in the mass financial success of Aladdin. The trend has been imitated, often weakly, ever since. Professional voice actors still lose out to the more bankable cache of recognizable Hollywood A-listers who can easily lend their sound to lucrative, animated side projects.

Shrek is the go-to post-Robin Williams example of vibrant celebrity voice acting. I argue that Antz is another, with an ensemble cast that’s truly next-level. Leaning into each actor’s unique reputation, Antz finds tidy, effective characterization within a sprawling plot. Obviously, any insect voiced by Woody Allen will be a neurotic wreck who feels overlooked among 5 million siblings. And Sylvester Stallone is always going to be a brawny badass. The stereotypical list goes on. But these simple directorial choices make Antz a mature cartoon that’s fun for the whole family. It’s a cartoon that children can grow up with, understanding further as they age and become more familiar with the tropes of cinema.

Antz may resemble A Bug’s Life on the surface level, but it’s also a pastiche that finds humor in referencing modern film classics: Annie Hall, Pulp Fiction, and Forrest Gump, to name just a few.

The soldier ant who is Z’s best friend

The soldier ant who perishes against the mighty termites

Anne Bancroft as the Queen Ant

The drunken lunatic ant who raves about “Insectopia”

Dan Aykroyd and Jane Curtin as Chip and Muffy the wasps

The famed screenwriter’s cameo is not pictured, but Mazursky gives voice Z’s hilarious therapy breakthrough: “Yes. You are insignificant.”

You can stream Antz on Hulu today!